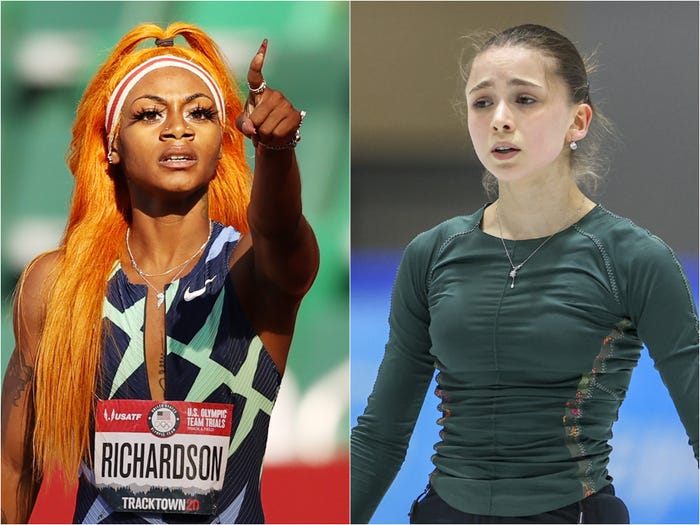 As the 2022 Winter Olympics come to a close, the whole world continues to buzz over the events surrounding the games. Figure skating would be one of those events, but not at all for the reason people would expect. Rather than there being talk over the beauty of the sport, there is a new controversy among a Russian figure skater named Kamila Valieva, who received a positive drug test for a substance banned from the competition.

Valieva is 15 years old and has had continuous phenomenal figure skating performances that have led her to have a rise in fame. Rather than only citizens of Russia, there were people from all around the world who were eager to see her skate. After the Olympics had just begun, Valieva showed the judges her flawless performances, which earned her very high scores quickly. In fact, she became the first woman in an Olympic competition to land a quadruple axel. Shortly after, Valieva received a positive drug test for trimetazidine, which is a heart medication that can increase endurance. The young skater actually took this drug test on December 25th, 2021, and the results weren’t communicated to the Russian anti doping agency until February 7th, 2022, which was the day that Valieva led the Russians to a gold medal in the skating team event. Despite all of this, Valieva was still allowed to compete.

Testing positive for banned drugs in the Olympic games hasn’t been an uncommon thing. 21 year old black woman Sha’carri Richardson is a track and field athlete in America. She has broken multiple records in her sprinting categories she competes in, so her performances in the Tokyo Olympics in 2021 were highly anticipated. After Richardson had qualified for the games, she tested positive for THC, and she was denied the chance to compete in Tokyo.

The differences in the ways Kamila Valieva’s and Sha’carri Richardson’s positive drug tests were handled have started to be brought into conversations regarding the rules the Olympic games have placed on their competitors. For example, as soon as Richardson’s test results came back, people knew instantly; It was all over the media. Her name was in headlines everywhere, being shined in a horribly negative light. On the other hand, Valieva’s test results weren’t shown to the rest of the world until later into the actual Olympic games: specifically when she had just helped Russia win gold in a team event. Making matters worse, the Olympic committee let Valieva continue to compete. Richardson herself has asked why she received different consequences.

“The only difference that I see is I’m a young black lady,” Richardson said.

Countless individuals have been trying to figure out why it is that Kamila Valieva received a must lighter set of consequences than Sha’carri Richardson. Most spectate that it has to do with the fact that Richardson is a black woman, but the Olympic committee never properly gave her the answer to her question: “Can we get a solid answer on the difference between [Valieva’s] situation and mine?”