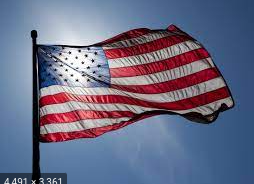 There are so many different United States Presidents that have been forgotten about over time. We all know the likes of Abraham Lincoln, George Washington, John F. Kennedy, etc. But what about Woodrow Wilson? William Mckinley? Lyndon B. Johnson? These are a few U.S presidents out of fifty that are not talked about enough. In honor of 2022 Presidents Day, let’s celebrate their impact on the United States of America.

William Mckinley was the 25th president of the United States. William Mckinley helped today’s economy by having a huge economic growth during the Great Depression. During Mckinley’s presidency, America was able to maintain a victory in the Spanish American War. In 1900, Mckinley passed the Gold Standard Act. William Mckinley achieved all of those things in only one term.

There would be not no world peace today if it weren’t for the help of Woodrow Wilson. The 28th United States President, Woodrow Wilson helped create the League of Nations after the win of World War I. Wilson also passed the 19th Amendment which allowed women to vote. Child labor was ended in Woodrow Wilson’s two-term presidency.

Lyndon B. Johnson helped create an equal world in America today. The 36th President passed the Civil Rights Act which put an end to segregation in America. On top of that, U.S minorities were given the right to vote from Johnson’s passing of the Voting Rights Act. Medicaid and Medicare were created during Johnson’s two terms.

There are many other U.S Presidents that are underrated. These specific three presidents that I have talked about have truly impacted America. Happy late President’s Day!