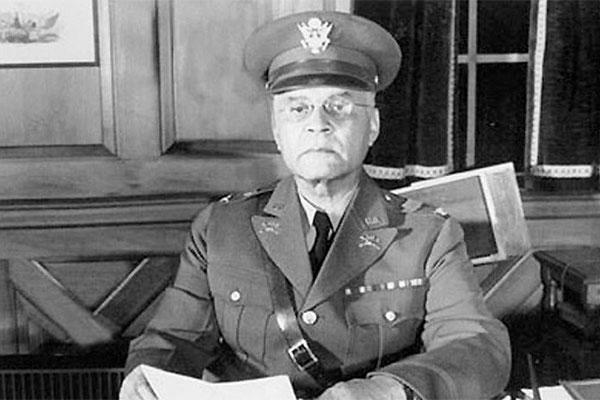 During the month of February, the Panther Press will be shining some light on African-American history, and telling the stories of individuals such as Benjamin O. Davis.

Davis was the first African-American in the US armed forces to reach the rank of General, and had a distinguished career that spanned five decades.

Benjamin O. Davis  was born in Washington, DC in 1877, and joined the US Army in 1898 during the Spanish-American War. He served in the segregated 8th Volunteer Infantry Regiment, but saw no action.

In 1899, Davis re-enlisted in the segregated 9th Cavalry Regiment, and over the next several years, he quickly rose in the ranks and became an officer just two years after enlisting (Second Lieutenant). Davis served in the Philippines for about a year during this time, where he gained experience as an officer in a foreign land.

Starting in 1905, Lieutenant Davis came to Wilberforce University, where he served as a professor of Military Science. He served there until 1909, when he was transferred to the African nation of Liberia until 1912. He then served at various posts in the Western United States, including in Douglas, AZ as a border patrol officer. In 1915, he returned to his old post at Wilberforce, and taught until the outbreak of WW1.

During the summer of 1917, just as the US was entering WWI, Davis was sent to the Philippines as a supply officer of the 9th Cavalry, overseeing the distribution of supplies and materials needed for the war effort. Over the years, he climbed the ranks, and was promoted to Lieutenant Colonel in 1920.

After the war, he went to the Tuskegee Institute (a historically black land-grant university in Alabama), where he taught military tactics. Over the next decade, he continued his instructor role and became an advocate for African-American advancement in the armed forces.

On October 25th, 1940, Davis made history when he was promoted to Brigadier General, becoming the first ever African-American general in US history.

During WW2, he served on the Advisory Committee on African-American Troop Problems, and became a crucial advocate for racial integration policy, suggesting the use of African-American soldiers for replacement troops in white units, beginning the process of desegregation in the Army. Though not widely used, this policy showed that integration was possible, and that people of different races could serve together effectively.

For his excellent service, Davis was honored with the Distinguished Service Medal in 1944, and later an honorary degree.

Davis served throughout the war, and retired from the Army in 1948 after 50 years of service. Then-president Truman presided over the retirement ceremony, and officially desegregated the armed forces via executive order six days after Davis’s retirement.

Davis died in 1970, and leaves behind a legacy of both distinguished service to his country and the breaking of racial barriers, as he advocated for desegregation and became the first African-American general in US history.

His son, Benjamin O. Davis, Jr, followed in his father’s footsteps in breaking racial barriers by becoming the first African-American general in the US Air Force. Both are buried at Arlington National Cemetery.