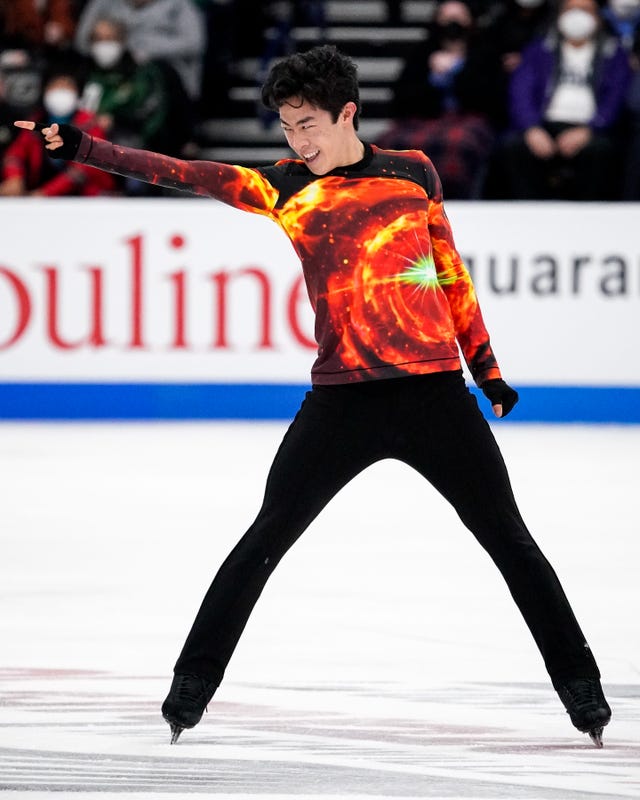 Nathan Chen finishes his performance to the "Rocketman" soundtrack as he wins the U.S Figure Skating Championship for the 6th year in a row.

While it seems like we just had the Olympics yesterday, they are already making their return on February 4th, but this time with winter sports. To finalize the members of the Olympic teams, there are always championships right before the games begin. This year, the figure skating championships were located in Nashville, Tennessee at Bridgestone Arena.

The competitors at this year’s championships performed in a variety of categories including rhythm dance, singles free skate, pairs free skate, short programs, etc. Kayleigh Perry (11), who happens to be a skater herself, enjoyed watching some of these events.

“I like [watching] women’s singles because I think the programs are very graceful,” Perry said.

Some friends that Perry has made during her years of skating happened to be competing in this year’s championships.

“It was really cool [to see them compete] and made the event a lot more interesting to watch,” Perry said.

Among the many competitors that attended this year’s Nashville championships, only 16 made it onto the Olympic team, heading to Beijing, China to compete. Some of these individuals include Mariah Bell, Jason Brown, Karen Chen, Vincent Zhou, and Nathan Chen. Out of all of these amazingly talented skaters, Perry made the difficult decision to choose her favorite.

“I absolutely love Nathan Chen because he is such a strong skater, and he always does a good job,” Perry said.

Figure skating is an elegant sport that is always entertaining to watch. No performance is ever the same, which is one of the beauties of the event. After waiting four years since the Pyeongchang Olympic games, the winter Olympics have finally arrived.

The opening ceremony will premiere on February 4th, and the various games, including all kinds of figure skating categories, will continue until February 20th.