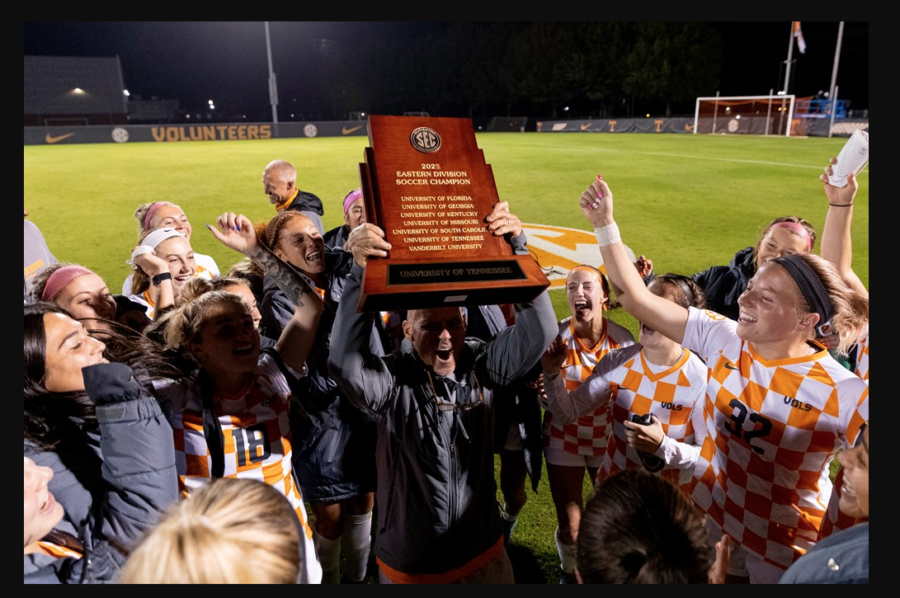 The lady vols soccer team brings home the SEC champion title! With a great season with much perseverance and strength, all the hard work finally paid off!

With 19 wins and two lost games of the season, this brought them the chance of winning the championship title! Going into the tournament, the first match was against the Florida Gators. Pulling a win with three points, the ending score was 5-2, this knocked the Gators out of the tournament. Next the lady vols played Ole Miss at Orange Beach. This was a difficult game. In the first 20 minutes of the game sophomore Jaida Thomas gets the ball in the back of the net. Still in the first half, the Vols gave up a penalty kick. Ole Miss ties the game. After a long, tough first half, the Vols come back to score another goal. In the 70th minute of the game, Jadia Thomas scored once more with an assist from Mackenize George. The Lady Vols are up by one! Shortly after, Ole Miss finds the back of the net. The game is tied again. Ole miss gave up their own goal, but from the help of Thomas the ball was reflected from pressure of an Ole Miss defender in the 86th minute. The Vols had won the game!

The Vols prepare for the next game that is getting them closer to the championship title. After beating Ole Miss, they get ready for Akransas. During this game the Wrenne French put the ball in the net one time during the first half. The vols  are up by one. The second half comes around, with the first five minutes of the second half, redshirt sophomore sends a rocket into the net, with an assist from Claire Rain. As the game continues, Akraknas struggles to counter attack on the vols. Shortly after, Lady Vol Hannah Tillet puts the ball in the corner with the help from forward Jadia Thomas. The Lady Vols won by three! The Vols claim the SEC championship title! The team was on cloud 9 and felt very accomplished and proud. Coming back to Knoxville they get much support from the campus and were presented at the UT football game last saturday to be congratulated on their win.

Being the top team in the SEC, they are not done yet. With a game on the 12th for the NCAA tournament against Lipscomb. The Vols gained one goal in the first half by Abbey Burdette, assisted by Claire Rain. Lipsomb stays unlucky in the first half. As the second half comes, the vols get two goals in the second half by Cariel Ellis and Taylor Huff. The vols travel to Anna Arbor, MI for the next game in the NCAA tournament. The first half brought two goals for the Vols by Jordon Fusco and Taylor Huff. The second half has no action from either team. The vols gain another win to move up to the next game.

The vols stay in Michigan to go up against Michigan University on the 21st. Sadly, the Vols gave up three goals; two in the first half and one in the second. The game ends with Michagn winning by three. The Lady Vols end a great season with many wins and much perseverance during each game. A huge congratulations to the Vols for winning the SEC title!