A review of an authentic Mexican restaurant in downtown Lenoir City 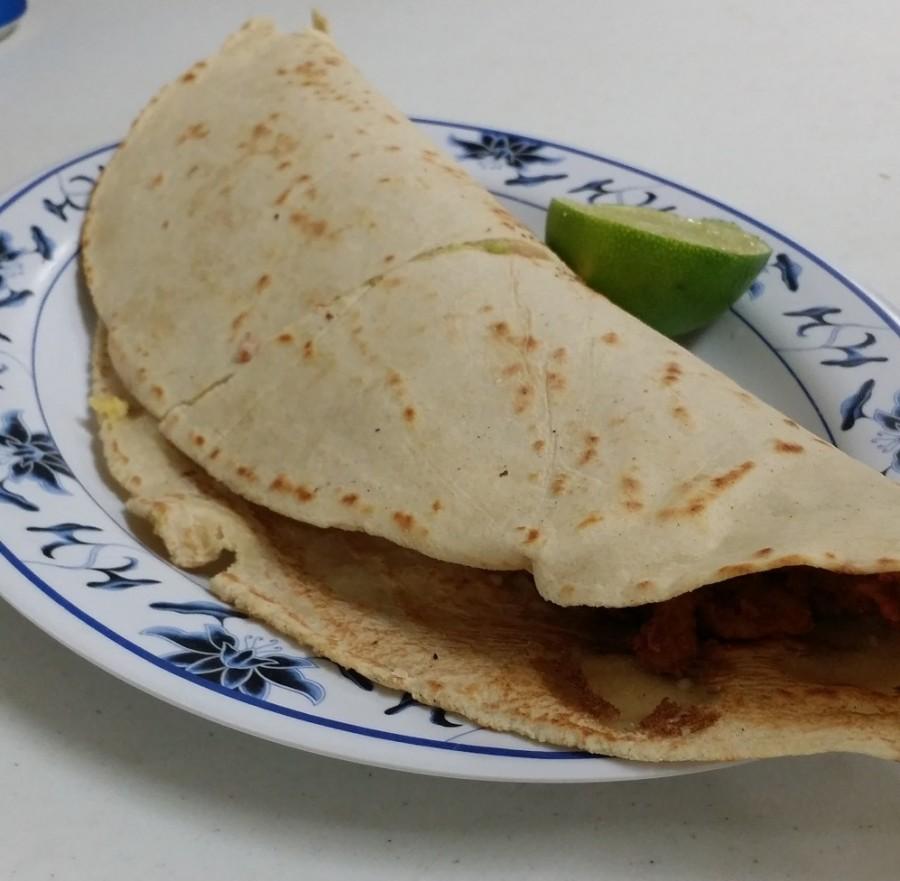 What is the difference between Mexican food and Tex-Mex food? A lot of the food we regard as “Mexican” is in fact Tex-Mex, pulling influence from Texas and Mexico. Restaurants like Monterrey or Cinco Amigos are actually Tex-Mex. Recently I went to La Lupita, a store and restaurant in downtown Lenoir City, where I learned what actual Mexican food is like.

La Lupita is a small restaurant with only ten or twelve tables, and the actual restaurant portion is nestled into the back of the store next to their own butcher’s counter. There are no fountain drinks, so you have to buy your drinks from the store–which I enjoyed because it granted a much larger selection of beverages, some that you wouldn’t find at any regular restaurant. After grabbing your drink, you seat yourself and wait to be served.

A little bit of warning, I don’t think the wait staff is fluent in English. While my friends and I ordered, there was a lot of repeating our orders and pointing involved. It was a struggle, and there was a discrepancy with what food was ordered which lead to my friend’s order being left out. We had to reorder his food when we realized the waitress had not recorded his order. Other than that, the wait staff was very pleasant.

I ordered a Huarache, which is essentially a giant soft taco the meat, cheese, and avocado. For most of the menu items you can choose what meant you want out of a large selection of meats from their deli including pork, beef, spicy pork, chicken, tripe, and many more; I chose spicy pork.

The huarache (pictured) came with half of a lime and a tray with two different sauces, diced onions, and fresh cilantro on it. I put all of the extra items on my huarache and began to chow down. Holy cow. That magnificent piece of culinary art was the best thing I’ve eaten in at least two months. I love spicy food, and it was spicy but not too spicy. It had a flavor that I’m not accustomed to, and I just absolutely loved every bite.

After scarfing down that magnificent creation, the waitress gave us a piece of paper that recorded what everybody at the table had, and we brought it to the front counter where we told the man which parts were ours and each payed for our meals. If you are looking for something new delicious, I highly suggest you try La Lupita. I guarantee the food is worth any struggle it takes to obtain it. I know I will definitely be going back.