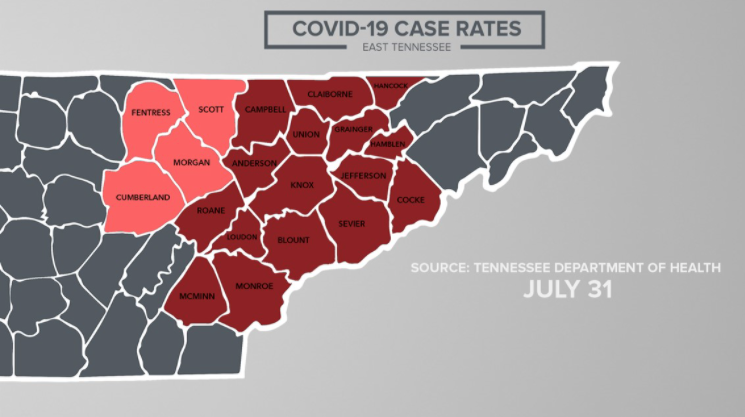 Quarantine? Masks? I thought this was all gone. Unfortunately, COVID is still here. Throughout the first months of school, the amount of students being quarantined has quickly begun rising. These numbers have already affected many events. The Girls Soccer team had to cancel their games against Webb in August on the 26th, Maryville on the 31st, and Halls on September 2nd. All because of COVID complications within the team.

“I just felt it was best to consider everyone’s health first and foremost,” said Coach Pickell.

“It was kinda heartbreaking. It’s hard to not be able to perform, especially your last Battle of the Bridge,” said Gabe Lane (12).

The football team was still able to play the Battle of the Bridge, but the following game got canceled along with that week’s practices. The Campbell County game was supposed to be teacher appreciation night, a source of morale for staff members. Although practice was canceled, the team still tried to stay active.

“We have taken advantage of the 5th block class and continued to train the body so that Monday we will be better prepared. “ Coach Cortez said.

Although it has been another rough start to the school year and athletic season, the goal is to keep everyone healthy and to continue school normally.