A Cold Start to Christmas!

Monday’s are never usually anyone’s favorite, but on this November Monday, it snowed, making it a lot more bearable. The entire upcoming week includes chilly weather: a low of 20 degrees on Tuesday, and a low of 24 degrees on Wednesday. However, heading father into the week, the weather seems to lead into the 30s. Elleree Chapman (9) explains how she felt about the snow Monday morning and the upcoming cold weather this season.

“Winter is one of my favorite times of the year, so I’m very excited,” Chapman said. 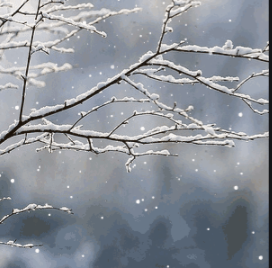 Although Tennessee winters can often be warm compared to other places around the world and in the U.S., it still snows a few times every year. Chapman explains her reaction to our first snowfall of the year.

“I looked out the window and saw the snow, and my immediate reaction was [that it’s] beginning to look a lot like christmas,” Chapman said.

A lot of people look forward to the possibility of snow when they wake up Christmas morning; however, in East Tennessee it’s rare that ever happens. We can’t help but hope, though! Chapman shares her opinion on the possibility of a cold winter and, possibly, white Christmas.

“I doubt that we’re going to have a cold winter but I hope so!” Chapman said.

If we’re going to have to bundle up in jackets and freeze every time we go outside, we might as well hope for some snow.