What’s Up with the Entertainment Industry? 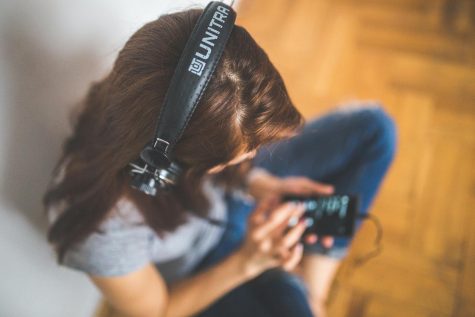 Through many years of the entertainment industry there has always been progression in what people watch. No matter where you are in the world, watching different types of entertainment keeps everyone invested. In fact a study shown by Nielsen Total Audience Report, demonstrates that most U.S adults tend to spend 11 hours per day watching TV. Not only this, but the U.S Music and Entertainment industry is said to have made about $717 billion dollars and contributes about $632 billion dollars to the economy. So, then what happens when a huge pandemic takes place?

In recent times, we are all going through the pandemic COVID-19 or well known as Coronavirus. This pandemic has affected millions across the world. In total the virus has been estimated to have already twenty-nine million confirmed cases. The pandemic overall has created a huge change in society in our daily lives. However, having a dramatic change to society isn’t something new. In 2009 there was another pandemic called the H1N1 or better known as the swine flu. This pandemic spread quickly around the world and has been estimated to have 60.8 million cases. So how did the swine flu take its toll on the Entertainment business? Well, in 2008 in North America alone, it was said to have $512 million dollars. While, in 2009 when the swine flu took place, that amount dropped to $480 million dollars.

Therefore, It was expected by many people that the coronavirus would make unemployment rates higher and take an enormous impact on the economy for the industry. On the contrary, statistics on the Entertainment industry are growing. Nielsen Total Audience Report claims that “significantly in the first quarter of 2020, video streaming increased from 19% in fourth-quarter 2019 to 25% in second-quarter 2020”.  Likewise, one of the most streaming service apps, Netflix had a growth rate of 22 percent year after year.

So, how did the entertainment industry weaken more in 2009 instead of 2020? The answer is very simple, technology. Technology improved to make it more accessible and more useful for entertainment. With the growth of technology it brought in more easier ways to access music, TV shows, movies, service streaming apps, and news. In addition, many believe that this is because of the amount of time people have now due to: school closure, unemployment, and self-quarantine. For this reason, regardless of the current state of the world, the Entertainment industry now has only proven to increase for the greater benefit.