War in the Water: Man vs. Plant 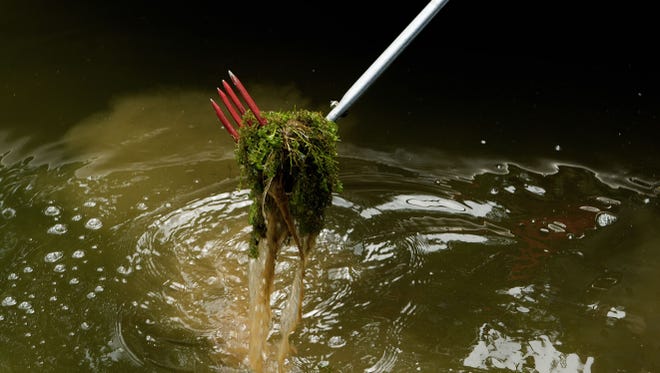 When you go to Watts Bar lake the last thing you’d imagine seeing is big globs of green gunk everywhere. Stuck in the prop of the boat, all over you while you swim, and stuck to your fishing line. It’s everywhere! Green gunk! Is it a chemical spill? Is it radioactive? Where did it come from? And how do we get rid of it?

Some things that can delay the growth of these plants is excess water movement from rain, murky water, and chemical spray. But there’s a downside to all that spraying, what works on one won’t work on the other and you must spray every 3 to 5 weeks for it to work properly. One spray does very little damage to the plant. Also, the colder the water the less likely any of the plants will survive. In smaller lakes the problem is much more manageable, but because Watts Bar is such a large portion of the Tennessee River it is very difficult to contain and maintain. One less considered option would be grass carp. Like the silver carp from my previous article, they come from China. But these fish only eat freshwater plant life, don’t compete with local species, and don’t jump out of the water. They would graze on the Milfoil and Hydrilla until it’s manageable. What would happen after the fish ate all the plants? They would move to other parts of the Tennessee River and go where they weren’t intended, like the Silver Carp. There are still more long term options yet to come, because with time comes research.

So how do these plants spread? Well both hydrilla and milfoil are capable of staying alive while being attached to propellers and anchors. So if one of those plants were to fall off a boat in shallow water or fall off a boat and float to shallow water then the plants would root there. They are capable of rooting anywhere with shallow water and plenty of sunlight. Boaters can prevent carrying these plants by checking their props, avoiding coves with excessive plant growth, and spraying at their docks regularly. TVA sprays at marinas, boat ramps, dams, and bridges. So doing your part by checking, spraying, and cleaning regularly can keep the plants at bay. Hiring a company to professionally come a spray is the safest option as well as the most convenient. So if your dock or inlet is covered in these plants please reach out to an aquatic plant control company and help keep our lake clean. 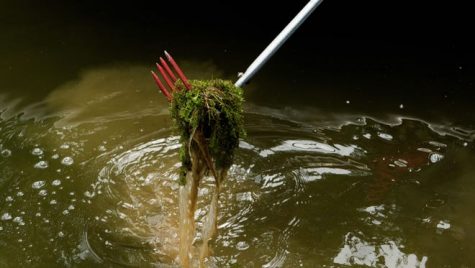