Tennessee with the Win!!! 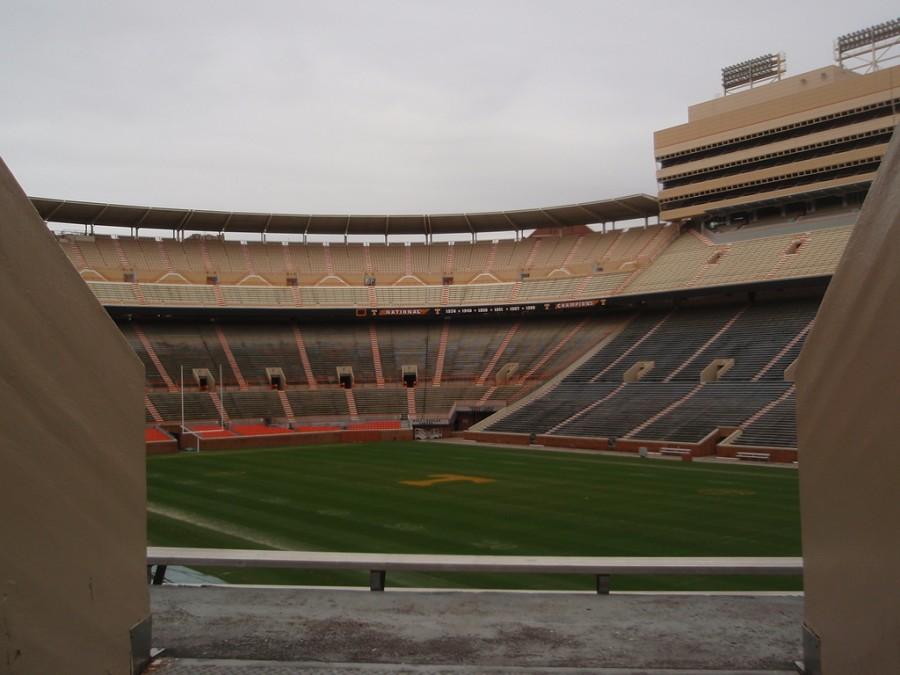 “V-O-L-S! GO VOLS! GO VOLS!” , was the cheer that was heard all over Neyland Stadium Sunday, August 31. The Tennessee Volunteers took on the Utah State Auggies in their first game. Every Vols fan watched their television or sat in their seats at the game to watch, hopeful to start the season out on a good note. Those hopeful Volunteers were no doubt pleased that Coach Butch Jones and the Vols delivered.

The game saw the reappearance of quarterback Justin Worley after recovering from an injury last year? Also making an appearance was A.J. Johnson and a surprising roster of freshman. However, the mostly freshman team scored its first two touchdowns in the first quarter. The defense played hard to get several turnovers and keeping the Auggies at bay.

All the promises of Butch Jones seem to be upheld and Vols fans are look forward to this season. The Vols play the Arkansas State Red Wolves Saturday, September 6 at 12:00 p.m.