Black Friday is one of the most popular times of the year. People go crazy for a good deal. For one day of the year people quite literally go feral for that one vacuum cleaner that’s probably only 30% percent off, but it’s a deal!

Let’s take a look at the history of Black Friday. Originally, the term was used to a financial crisis, and specifically the crash of the U.S. Gold market in 1869. In which two people stocked up on as much as they could of the nations gold, causing stock markets to free-fall due to the price going up extremely high. The term Black Friday morphed into a phrase saying that stores were often in the red (not doing very well) to in the black after Thanksgiving (better sales). This soon turned into a chaos after Thanksgiving day which terrified the many people working retail.

People every year without fail run over others and even law enforcement to get the best deal of the season. This, as you can guess, can get dangerous. Minors work Black Friday every year and have to deal with the constant chaos of shoppers trying to get a deal.

“I worked six days of the week, which I was mad about that. We got assigned a register and I was assigned to number six. For the first hour and a half we just stood there, I think I had one customer in that hour and a half. I was there for four hours before I got a break because of how awful it was. I think that scheduling minors on Thanksgiving leading into Black Friday is bullcrap. My feet really really hurt afterwards and I scanned at least twenty tv’s.” Isabella Smiddy (12) said. 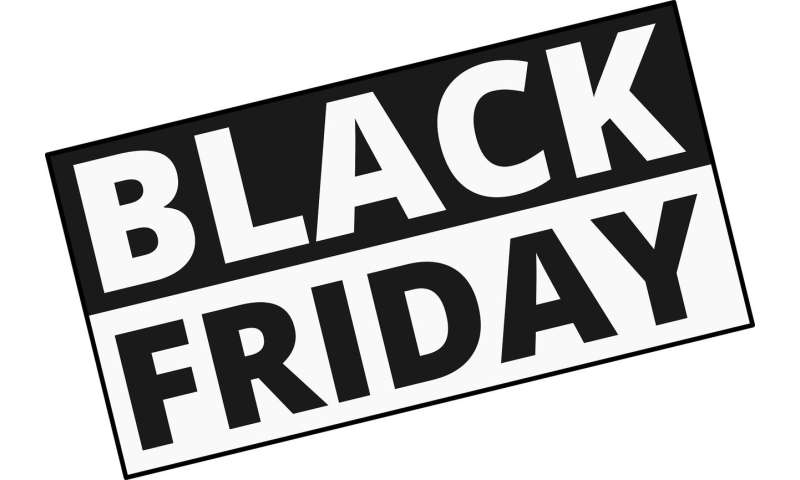 much different from a normal day at Walmart.

“I worked morning shift, so Black Friday had started already and everyone was wanting the deals. We ran out quickly especially of electronics like Apple products, so people would get mad and yell and that’s okay, I understand. I think if you work at a place like Walmart, or a place that does Black Friday, I think you can handle it because you’re like I work at Walmart I handle this everyday” Wilson (11) said.

In short, Black Friday is one of the most popular times of the year for people to parade and break down store’s doors for the best price. Teens work Black Friday every year, and while it can get stressful, some assure that they can make it through.