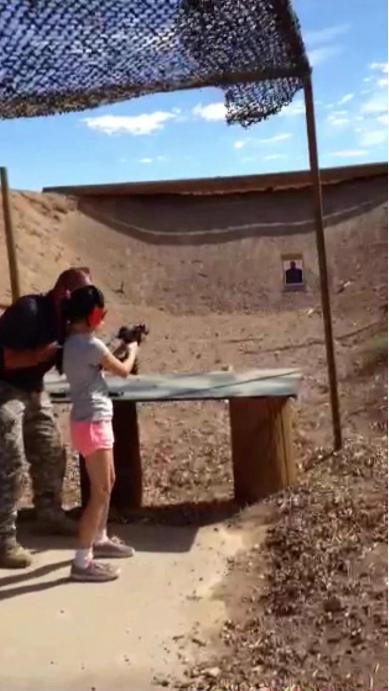 Firearms have become increasingly controversial in the social light, and earlier this week, a tragedy occurred to fuel that fire. Charles Vacca, a firearms instructor at Last Stop shooting range in Arizona, died Monday night in a Las Vegas hospital after being accidentally shot in the head by a 9-year-old girl. According to The New York Times, no charges have been pressed. The Mohave County Sheriff’s Office is working with the range to determine if new safety precautions should be put in place.

Vacca was instructing the girl on how to fire an Uzi submachine gun when she lost control of the weapon after the instructor set it to its automatic fire mode. This incident has caused a stream of shock and confusion from both sides of the debate on gun control. Several firearm instructors and range owners have opened up stating that while they support the recreational shooting of such weapons, they would never place one in the hands of a child that young.

This is not the first time such an accident has occurred. In 2008, at a gun show in Massachusetts, an 8 year old boy lost control of the 9-millimeter Micro Uzi he was firing and shot himself in the head. In that occurrence the two men who supplied the weapon, the sportsman’s club where it occurred, and the police chief sponsoring the event were all charged with involuntary manslaughter as well as furnishing a machine gun to a minor.

In Arizona, as well as in Tennessee, there are no laws preventing minors from firing machine guns. It is left to each individual gun range to decide age requirements for firing weapons, and to a child’s parent or guardian over the age of 21 to give consent.