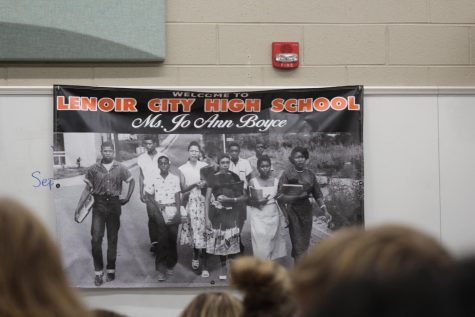 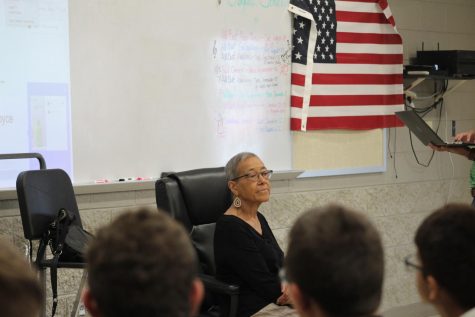 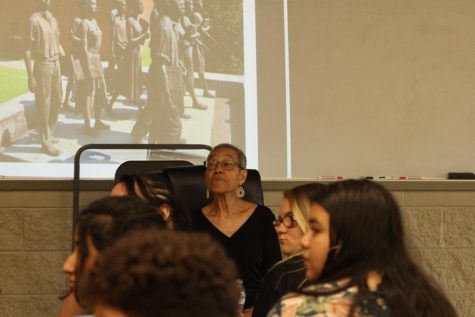 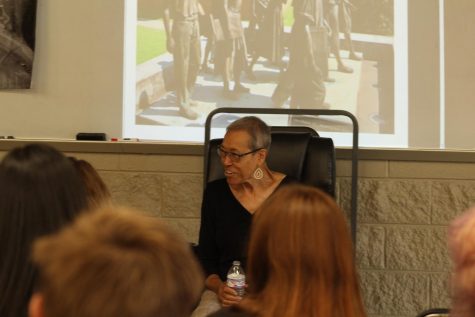 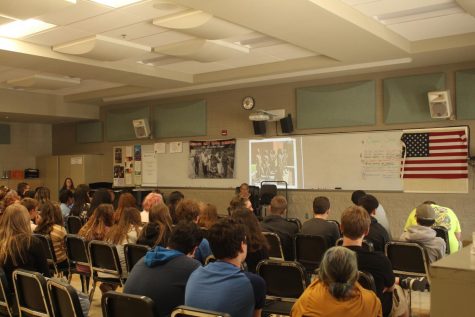 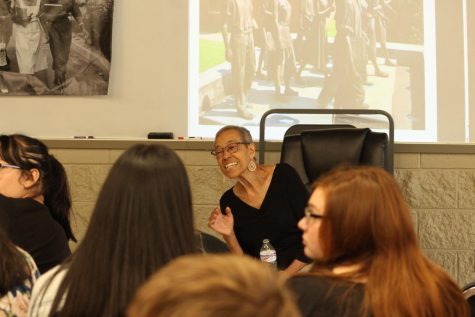 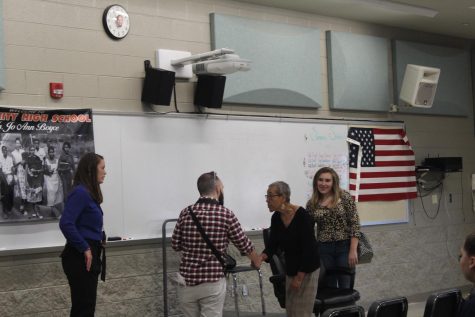 On August 22, 2019 the U.S. History classes, along with various other students, had the honor of listening to Jo Ann Boyce from the Clinton 12 share her testimony. Mrs. Boyce shared a painful time in her life with us with the hope that we would learn from it and grow.

A lot of people and had what Mrs. Boyce called “disease of the heart” which led to “act[s] of terrorism to [try to] get [the Clinton 12] out [of their high school].” The Clinton 12 went through many acts of harassment which undoubtedly took a toll on them physically and mentally. Some examples of the harassment she went through were when kids yanked her hair (so often that she had to wear it up), when thumbtacks were placed in the Clinton 12 seats’, when the Clinton 12 and anyone involved were called a variety of harsh names, when their clothes and or textbooks were destroyed, and many more. Their harassment even extended to threats on their lives. But even through all this the group stayed strong.

“The police [had] to come quite often to take us home because our lives had been threatened,” Mrs. Boyce states.

Mrs. Boyce managed to stay at the high school for approximately four months then moved to California with her family. She noted that she does regret leaving, but is proud of the two people from the original group that did graduate from Clinton High School.

Even though Mrs. Boyce regrets her decision on leaving, she knows that the experience made her grow in her ideals, beliefs, courage, and strength as a person.

Mrs. Boyce hopes her experience to help further people to be more loving and understanding of one another. She believes that once we connect and grow with others, the world would be a much better place for everyone.

“…We all must learn to live together and we can’t do that unless we know each other…when we get to know one another, things are so much better…you’ll find you have so many commonalities–and then there’s a lot more peace because you find out that person was very similar to you,” Mrs. Boyce states.

Mrs. Boyce gives her words to everyone, the bullied, the bulliers, and the bystanders and hopes they take a look at their hearts and become a person who loves and understands their neighbors.

“If you don’t have a good heart, think about it,” Mrs. Boyce closes.

“I personally had at least five different students tell me that her visit was the most life-changing experience they have ever had,” Mr. Taft said.

Mrs. Boyce’s bravery against her oppressors encouraged one of LC’s students stand up against bullies.

“One student came up to her after class and said that her story had inspired him to overcome some bullying he had experienced and that he now had the courage to face those issues with a sense of bravery that he never knew he had,” Taft said.

Many believe Mrs. Boyce would be happy with the outcome of her presentation. Students listened and understood her message, which has inspired many to move forward.