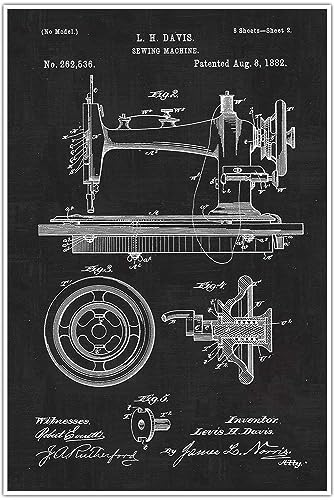 Engineering is one of the most cutting edge and current career paths to date, in terms of jobs and the variety of disciplines offered. However when it comes to gender diversity, engineering fields seem to be stuck in the stone ages. Starting at the first major spike of women entering the workforce during World War I and World War II, and then comparing to today’s job climate, the rates at which women are joining different engineering fields have only increased a small percentage. Today approximately only 14% of the worlds engineers consist of females, according to a study done by the Congressional Joint Economic Committee. This surprisingly low percentage shows just how slow moving the rise in working female engineers has been since the nineteen-forties. With roughly 3.8 billion women on planet Earth, most capable of challenging problem solving and creative thinking, why are the statistics for female engineers so low, and rather discouraging?

It appears to me that this issue stems from the early development of a young girl. If from an early age girls are shown that whatever they set their minds to accomplish and work hard for can be achieved. As a result of these teachings, an increased number of women would feel compelled to challenge themselves in male-dominated, yet stimulating fields. These ideals can be reinforced by everyone from parents to teachers, and perhaps most importantly, society or the general population. I believe that if young girls are exposed to ideas of success and high achievement from a young age there would be a vastly diverse workforce in the future. Considering all the opportunities available for someone with the inspiration and drive to reach for their goals, nothing is worse than being met with doubt and disbelief.

There is no shortage of hurdles to jump for women deciding to pursue a career in engineering. The top four barriers women face are listed as follows: overcompensation, family planning, unequal pay, and a lack of mentorship. Often in order to prove their worth to those around them and skeptical co-workers, female engineers have to work twice as hard to receive the same amount of respect or recognition. Many people still hold the outdated view that if a woman chooses to pursue a career and a family she can not successfully do both. Seeing that women are shattering glass ceilings daily meanwhile supporting healthy families, puts an end to this ancient conspiracy. The gender pay gap is one of the most discussed disadvantages of women in the workforce. With a sea of misinformation this topic is heavily debated, but can be concisely stated as follows: women are not paid the same as men when doing the same job. Crazy simple principle that has been debated ad nauseum and not widely misunderstood. Finally, a lack of mentorship faces women entering the field with no guidance or help from people who know the ropes and can guide upcoming engineers. These are just a few issues and obstacles female engineers face when navigating their job field.

The opinions of those older or more experienced than you, especially the negative ones, tend to find their way inside your mind and set up camp there, no matter how hard you resist their influence. Throughout my childhood, unfortunately, the negative messages we’re better remembered rather than positive encouraging words. I think to be true the same principle goes for any developing mind. Getting past the purely negative comments and deciding what was constructive criticism was a big obstacle for me growing up. Older friends, church and family members, and even television shows made it seem as if a sweet little girl like me would not have a place in a more intellectual job field. In spite of their comments casting shadows on my future, I had to purpose within myself a reason to become an engineer, and decide what inspired me to do so. My perception was that if I was going to get anywhere grand in my life, I needed to make sure that my driving force was passion. Inspiration to achieve your goals should always be met with positive reinforcement, especially if gender diversity is something engineering fields seek after.

Diversity is an integral part of the engineering process because without a variety backgrounds and types of people, you end up with static and standard answers to questions, rather than differing creative solutions. A larger number of female engineers is vital for the advancement of the human race. Yes, we are that big of a deal. Without feminine voices in places where decisions are being made about how to solve the world’s most complicated problems, that means silencing half of the population to aid in a solution. Without different creative solutions the world’s future problems might not ever be solved, because the person with the answer was told this profession was not for them.

If female engineers have so much to offer and sound like such a great idea, what’s the holdup? Who is preventing and stunting female engineers growth? The issue cannot be pinpointed to an exact person or place, but rather examined as a largely faceted, systemic oppression from the beginning. Dramatic sounding, maybe, but the truth about it is that for thousands of years both men and women were taught to regard women as the lesser gender. This intricate lie quickly made itself at home in the minds of millions as it was passed on from generation to generation. The general bias that exists in the engineering field today, regarding men as the superior, inhibits women from progressing as efficiently within their fields. With help from everyone, the slow and painstaking process of reversing centuries of misinformation, can bring liberation to women everywhere, specifically females entering a male-dominated workforce.

Hope for the future…

The projected ratio of female-to-male engineers is expected to rise in the near future, this means that the process of building confidence within female engineers has already begun. With consistent help and reminders female Engineers will soon be able to bypass hardships entering their field and simply be able to pursue their passions. Being an engineer is difficult enough as it is, gender should be last on the list of potential problems.