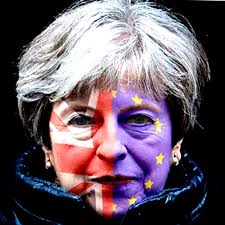 On June 23rd, 2016, a vote took place on the topic of if people from the United Kingdom should leave the European Union (EU) or not. Out of the 30 million people that voted, 51.9% were in favor of leaving while 48.1% were in favor of staying. This withdraw from the EU was dubbed the Brexit and is scheduled to take place on March 29th, 2019.

“I believe it’s a horrible decision to go for,” said McCoy.

McCoy explained that he thinks the people that went through with it were there for a short term, not long term.

“If something isn’t broke, why fix it?” said Campbell.

As of now, the Brexit is still scheduled to take place on March 29th, but the Prime Minister, Theresa May, is working for a delay.