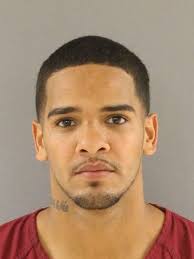 In May of 2016, Ralpheal Cameron Coffey caused a car crash by running from the Police in Oak Ridge. An officer pulled behind Coffey without turning his lights on and Coffey begin to drive off. Coffey remained at the speed of 70 mph to 105 mph during this chase that lasted about 15 minutes. Not only was Coffey driving recklessly, but he had possession of drugs. The chase ended whenever Coffey drove into oncoming traffic to avoid the traffic stopped at a redlight. Whenever Coffey did this, he plowed into the side of a pickup truck, instantly killing the driver in the truck and his passenger.

During Jury Duty the last couple days, the case has been debating if Coffey should be charged with second degree murder, for the first time since 1989, because he knew he would eventually kill someone, or if it was an accident because he was “scared to be killed by police authority” and charge him with vehicular homicide.

Abby Jackson (11)  explains how she feels about the topic. “He knew it was going to happen at some point, but he didn’t intend to kill someone. He just wanted to run from the cops,” said Jackson.

While Taylor Wear (12) agrees, she believes “he should be prosecuted because he was running from the cops, and he should be charged for vehicular homicide,” said Wear.

While many believe differently how he should be punished, he has been charged with 14 different charges during Jury Duty. Jury Duty isn’t completely over yet; therefore they are still debating are less or more charges for Coffey.