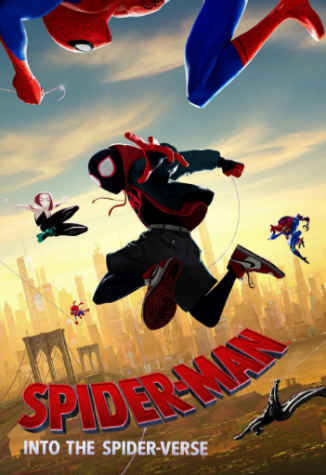 On December 14th, 2018, Sony Animations released Spider-man: Into The Spider-verse. It is the story of Miles Morales and his rise to becoming the new Spider-Man. He soon discovers that there are multiple other Spider-men, women, and pig. It has quickly become one of the best movies of the year and everyone agrees it’s amazing (spider-man).

From the animation company that brought us The Emoji Movie the year before, many people agree that this movie is a definite upgrade. Everything from the animation to the characters brings to life a fascinating universe. Or, to be more accurate, universes.

“I thought it was really interesting,” says Lauren Hanks (9) 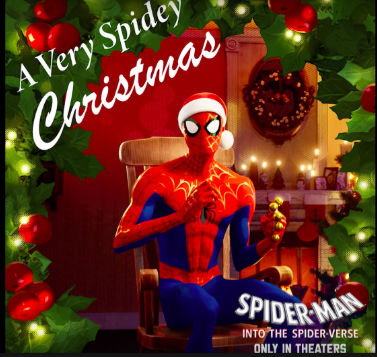 The movie has two original soundtracks. The actual movie soundtrack with music from some the industry’s biggest rappers and a Christmas album sung by Chris Pine, Shameik Moore, Jake Johnson, and Jorma Taccone.

“I did not know about the CD. It as if Spider-Man became Santa,” says Tyler Galyon (9)

Throughout the movie, Miles’ shoes are very much used as a way to show the personality and his background as a kid in Brooklyn. Even Peter B. Parker mentions to Miles that his shoes are untied, but also understands that many kids from Brooklyn leave them untied by choice. Nike dropped the Air Jordan 1 Retro High OG “Origin Story” on December 14th, 2018. The shoes are an homage to Miles and his shoes in the movie. They cost $160 and sold out after release, but the shoes are replicas to Miles’ own shoes.

“That is a cool concept to base a shoe off of. They kind of look like they came from a comic book,” says Hanks.

The movie has become very popular. With its success, many characters from the Spider-Man universe have become new favourites for many fans.

“My favorite character was Miles because he was going through a lot. Throughout the movie it shows how he goes through these challenges and I thought he was a very interesting character,” said Galyon.

The movie has been very successful and won the Golden Globe for best animated feature. It has brought in a total $12.6 million on its very first day and $3.5 million during the thursday night previews. It made $35.4 million, marking the best-ever December opening for an animated film.