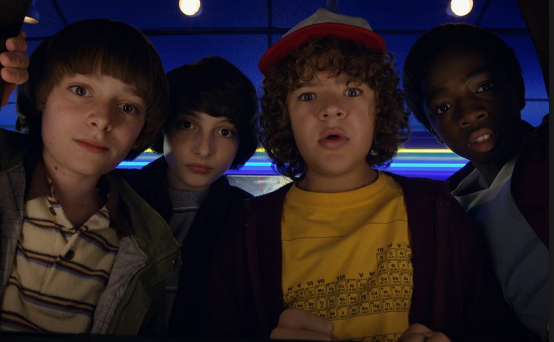 Stranger Things is one of the most popular sci-fi shows of the past few years. Whether you have seen it or not, everyone knows of the show. And now, you can be in the show. Well, some people can.

Stranger Things is looking for anyone with marching band experience. You will have to play two songs, so you should probably know how to play an instrument. The filming willbe for season three, which set to come out the summer of 2019.

Stranger Things, as most people know, is set in the 80’s. One question on the casting call is if you are okay with having your hair permed or cut, so be ready to have some wild, crazy hair. You might end up looking like your parents back when they were kids.

“I hope I get to do it.” says Mackenzie Bentley (10). “I enjoy acting and I would love to do it with a bunch of my friends.”

The third has been said to be influenced by the 1980’s comedy movie Fletch. Stars such as Chevy Chase, David Harbour, and Millie Bobby Brown are expected to appear this season, whether returning or just starting.