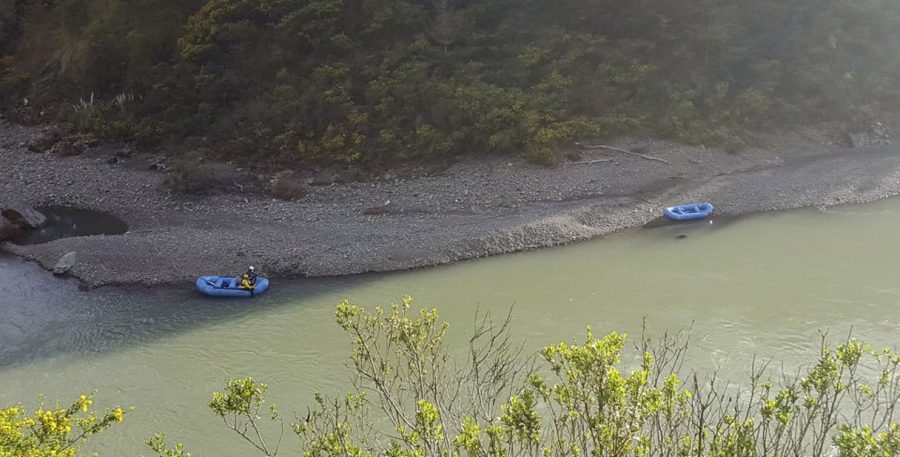 Early last week, a report came in about a missing family. The family, composed of a dad, mother, son, and daughter, vanished without a trace. The names were Sandeep, Soumya, Siddhant, Saachi, respectively. They were traveling to their home in Los Angeles from Portland, Oregon. The report came in from the relatives, saying that the family, the Thottapillys, never made it to their home.

On Facebook, a poster shared the vehicle type, a maroon or burgundy 2016 Honda Pilot. This was on April 5th. On April 6th, witnesses said that they saw a vehicle like the one described fall off a very steep embankment into Eel River, off of U.S. route 101. A search party searched the river and found car parts, which were found to be from a 2016 maroon Honda Pilot.

The family was now presumed dead. The search was put off as heavy rainfall occurred, causing the river to be full of debris. Searchers then found two bodies: 41-year-old Sandeep and 9-year-old Saachi. They were found in the vehicle, submerged in the river. The vehicle was found because of a distinct smell of gasoline.

The mother was found Friday miles from the site covered in stormwater. The son was found just recently about 6 miles from the site. Theories say that the family apparently got caught up in a storm and pulled off the road. However, the SUV seems to have fell over the embankment.

Alexis Barton (11) empathizes with this tragedy.

“I imagined myself and my family in that situation, how devastating it would be. I think what happened to the Thottappilly family is terrible. It was a tragic accident when they were just on the way to visit family,” said Barton.

Barton goes on to muse on how this event could be prevented in the future.

“We can prevent this by keeping your eyes on the road and being focused when driving. I am not sure how exactly you can prevent accidents, though, because a lot of people–even good drivers–have accidents,” said Barton.

Barton and many others think this is just a tragic accident. Some say the roads should have better places to pull off incase a storm arises. In any case, this mishap is very sad and people need to be aware to be careful while driving.