White Nationalist Teacher Runs an Anti-Semitic Podcast on the Side 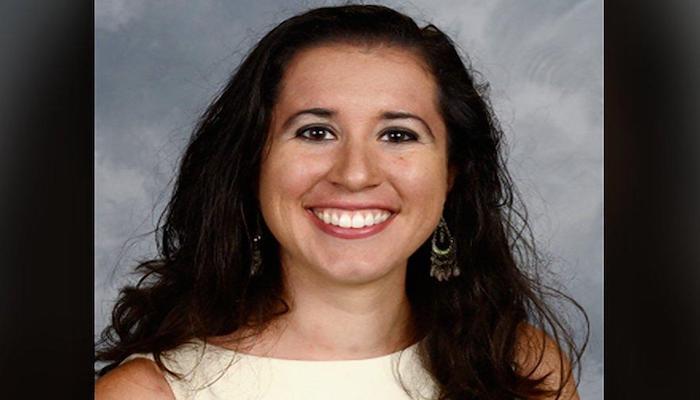 Some people have alternative identities when they are online. Even people that you would not expect, like teachers, can be completely different when they are behind the keyboard. For example, a Florida middle school teacher named Dayanna Volitich ran a White Nationalist podcast after school. The social studies teacher quickly resigned after the public matched her up with the podcast.

Volitich even went by a different name on her podcast. She ran the podcast, Unapologetic, under the name of “Tiana Dalichov.” Soon after Dalichov was made out, the teacher was removed from the classroom and put under investigation.

Before being discovered, she would become angry with the fact that the school administrators would keep a watchful eye on her while she was teaching. She was not able to demonstrate her white Nationalist views until after the administrators left; she would also tell the kids to “play along” when they came into the classroom for teaching evaluations.

Volitich would know when the administrators were going to come into the classroom. She would prepare the students in advance to not bring up the White Nationalist views and would act as if she did not teach those things. She said the following in an episode of her podcast just this past February in reference to the classroom evaluations:

“I danced like a little puppet, and waited until they were gone.”

The administrators never caught onto her cover-up due to the fact that the students also went along with the act. The school did not know this was happening until a post was made on the Huffington Post website.

On her podcast, Volitich talked about her life as a teacher and the struggles of not being able to promote her White Nationalist ideals within the classroom. These complaints and stories combined led to the realization that Volitich and Dalichov were the same person. Her podcast also dealt with talking about Anti-Semitism conspiracy theories, believing that all Muslims should be eradicated, and praising neo-Nazis. She also would tweet under this same name and about similar topics. While many may quickly see that these topics are very controversial and should not be supported especially within a classroom, others disagree. In fact, her podcast and Twitter account were both quite popular with over 1,000 followers for each.

Volitich claimed that she taught these views to help get rid of bias in the classroom when, in fact, she was bringing in even more bias. Schools enforce rules that state that teachers can not try to force ideologies upon students because they should be able to choose their ideologies and beliefs for themselves, or if they are younger their parents choose these things for them. A teacher’s job is to present the different ideologies to the students as equals and inform them about what each one means. A teacher can say what they believe in but should not pressure students into feeling or believing in the same fashion. This can cause unnecessary stress and strain in the classroom that should not be there to begin with.

This may seem like a rare case, but there are many closeted White Nationalist teachers. A white supremacist social media company called Red Ice knows that many teachers listen to what they have to say and support what they do. These closeted Red Ice teachers started coming out on Twitter, claiming that they were teaching these things in their classrooms and that Dalichov was one of them. As soon as she heard about this from one of her viewers, she immediately claimed that she was part of the group.

In the same podcast episode that she claimed she was a Red Ice supporter she also brought up the many points about why white supremacy was acceptable and should be supported. She claimed that some races have higher IQs and and simply smarter than others. She said that the equality of races that is supposed to be represented in classrooms is “bull—–.” Up to this point, the teacher had already crossed several lines while in her other persona. However, this statement went even further than before, in that she had gone against what the school system wanted her to do, against the rules that they had set in place.

Voltivich is a prime example of how people are not always as they seem. Also, with a growing us of the internet, people are beginning to use even more alternate identities than ever before.