As many of you know Dollywood’s Festival of Nations is now going on. One class who has been to this event is, Mrs. Tyler’s Advanced Art Class.

“We watched the Siberian dance group which was really neat. I thought it was a convenient opportunity to enjoy art, food, music, and dance all in one place.” Said Mrs. Tyler

This event started on March 16 and goes on until April 9th. This event showcases different nations by showcasing their heritage through dance, food, song, and many other things.

One of the first shows that you can see at this festival is the Flamenco Kings. This group is consisted of seven Spanish brothers and stars Los Vivancos. This group combines flamenco, ballet, martial arts, and street dance. If you’re looking for an upbeat dance show than this show is sure to entertain you.

If you’re still looking for an amazing dance group than think about seeing the National Dance Company of Siberia. This group was founded in 1960 and consists of amazing traditional costumes and folk music. This group promises to give a colorful and vivid dance show filled with traditional music and authentic colorful Siberian costumes. This group showcases high energy and dazzling colors as they dance through the stage.

If dancing isn’t for you than think about going to a vocal music show. One such show is the LadySmith Black Mambazo. This show showcases natives from South Africa singing traditional a cappella songs. They also have received several awards such as Grammy Awards. This group promises to wow audiences with their deep vocal range and intricate dance. 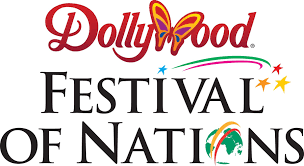