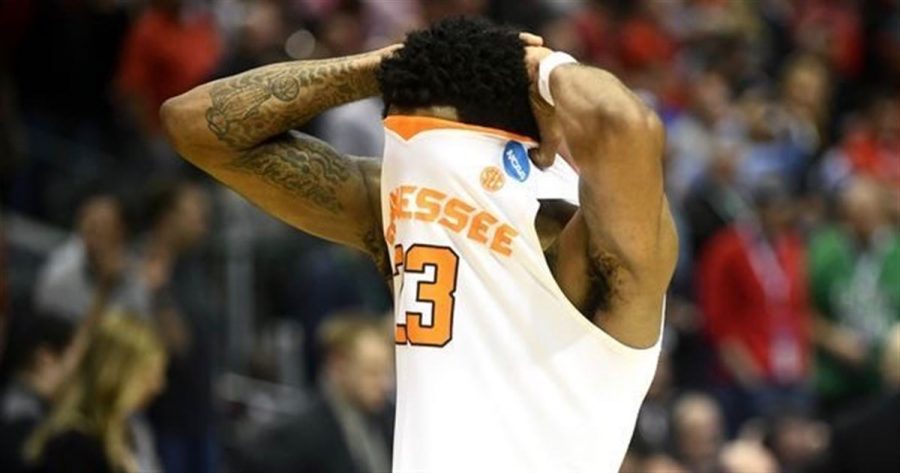 Tennessee’s future on the hardwood never looked so bright than at the beginning of their 2017-2018 season. With Coach Rick Barnes entering his third season coaching, it looked to be  a bright year for the Tennessee Vols. At the beginning their season, the Vols weren’t even ranked in the top twenty five. That being said, the Vols knew they would have to work extremely hard to climb in the rankings.

As the season fired up so did the Tennessee Vols. As they played, they continued to win and get better. Because they beat teams that were ranked higher than them, they moved up in the rankings.

A major accomplishment for the Tennessee Vols came when they beat number heseventeen Kentucky all three times they played them. This was a huge accomplishment because it was the first time Tennessee had swept Kentucky since the 1998-1999 season.

After beating Kentucky, the Vols continued to advance. They went 13-5 in conference play. In order to tie Auburn for first in the southeastern conference, they would have to beat Georgia. After Tennessee beat Georgia and were named SEC conference champs Rick Barnes young team were ready to enter March Madness. Unfortunately, the Vols’ journey came to an end after a devastating loss to Loyola 63-62.

Faith Simmons (11) is basketball player at LCHS, and an avid fan of the Vols.

Although the Vols didn’t make it to the sweet sixteen, they did have a very outstanding season. Tennessee fans are excited to see what will come next season, and are very proud of their team.