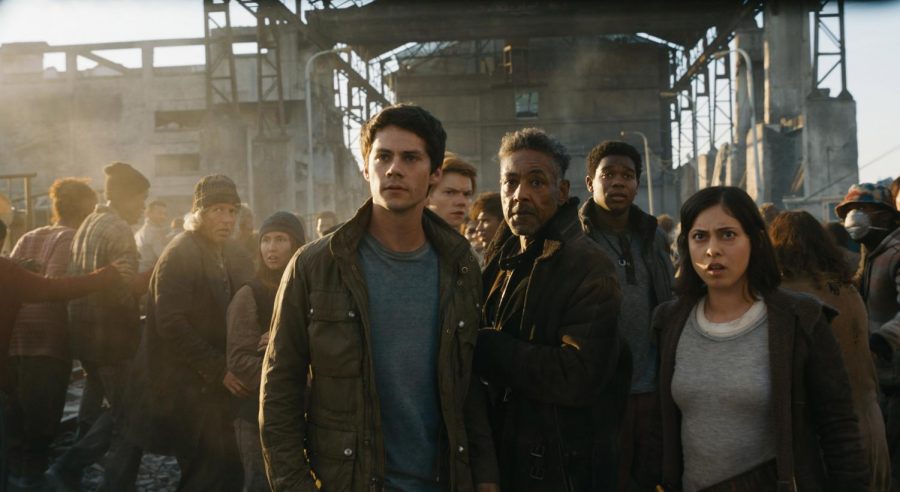 The new movie in the Maze Runner series is called The Death Cure. This movie is based on how Thomas leads the Gladers on their last expedition. Throughout the first two movies the Gladers are running away from WICKED. In this movie, they have to run towards it to save their friend Minho. WICKED is an organization that experiments on children to try and find a cure for the flare. During the last movie, this organization is doing everything they can to find a cure.

The suspense in this movie left me on the edge of my seat. Teresa, the one that turned in the Gladers to WICKED in the second movie, let Thomas and all the gladers down. She turned on them and is still helping WICKED find a cure. In this movie, she even tries to lure Thomas in telling him that his blood is the only cure and that he could save his friend Newt from dying. Yes, Newt dies from the flare. When Newt is infected by the flare, he turns on Thomas, trying to kill him. Thomas sends Gally to get some medicine to slow down the virus. Gally doesn’t make it in time and Thomas accidentally kills Newt. It was a very sad and depressing moment for Thomas. Towards the end of the movie, Teresa also dies. The building in she was in was burning and she didn’t get out of it in time. I think that Teresa had it coming for her. She became the enemy of the Gladers and treated them as bad a WICKED. She didn’t stand up for them and she always let them down.

Not only was the movie suspenseful, but it also contained a lot of violence. How WICKED treated them in this movie is still as bad, probably even worse, than the previous films. They keep them locked up with no contact with the outside world. Also, when they transport them, they keep them chained up so they don’t run. When the Gladers try to fight and get away, they end up being beaten and almost killed. In this movie, WICKED is finally defeated. Finally, the end of their fight against WICKED came. In my opinion, it brings satisfaction that WICKED is finally gone. WICKED’s city is destroyed and so is everyone in it. The Gladers escape once again. After all the obstacles and the deaths of many good friends, they start their new life along the ocean, keeping the human race alive.