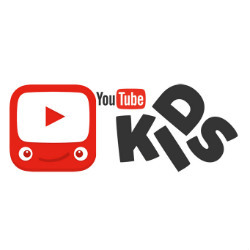 When you think of what kids watch you most likely think of cartoons, funny shows, and little things like that. One resource that many parents use to keep their kids entertained is YouTube Kids. This is a version of YouTube that is for young children that is easy to navigate and has safe, age-appropriate videos.

Like regular Youtube, sometimes issues happen. Regular YouTube has some videos that are too inappropriate for younger kids, and parents can set restriction on these videos, prohibiting their children from viewing these. Some parents use YouTube Kids, though. For the past week or so, YouTube Kids has became the topic of controversy. In sweet, innocent videos, inappropriate things were found. David Bowden (11) expressed his view on the matter.

“I think the incident was just an accident caused by the algorithm on YouTube. From my understanding, when a video title has a name of a children’s TV show or character, like PAW Patrol or Mickey Mouse, the algorithm gets fooled into thinking it is child appropriate,” said Bowden.

In his opinion, this is all YouTube’s fault. The coding of the videos is the cause of all this. In other opinions, though, people think child predators purposefully put the videos on the YouTube Kids website. This is because they want to expose children to these types of things. Bowden also said this.

“Honestly, I do not like the idea of young children being allowed to freely roam on the internet, even on ‘child-appropriate’ websites or apps. I would feel safer to have them watch a children’s TV show or a DVD or VHS movie,” said Bowden.

He and many other people share the same stance on this. Even though it’s a website for kids, many kids should not be on it. This is because inappropriate things, like this instance, can leak onto supposed kid-friendly sites. Luckily, the videos that were inappropriate were taken down by YouTube.  Hopefully, YouTube kids will keep pushing on and keep trying to be a better place for kids in the future.