What Happened To Monday? 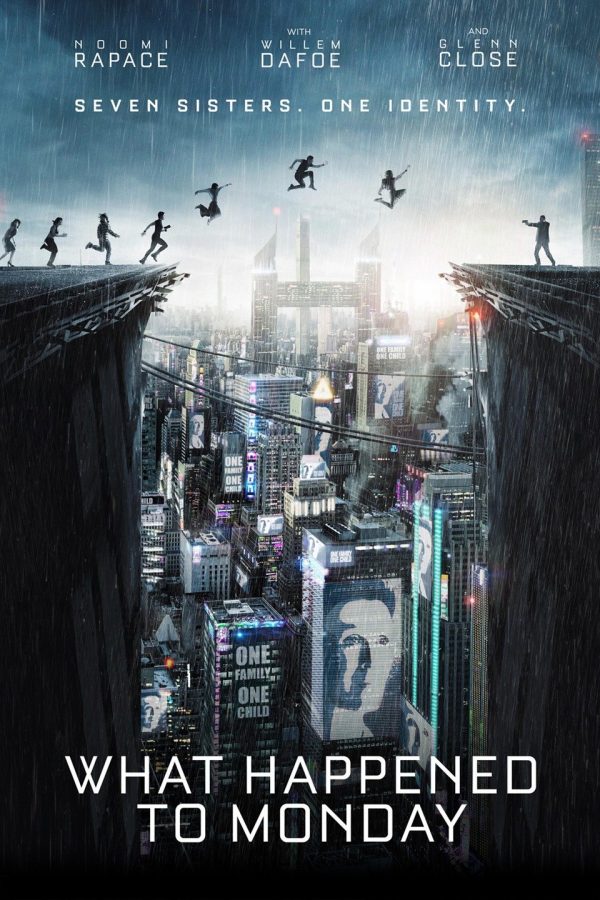 The movie What Happened to Monday is about  a world where only one child is allowed because of overpopulation. A woman ended up having a set of identical septuplets (a set of 7 children). These sisters have to take on one identity to avoid being put to sleep by the government. Each of the seven girls go out on a different day of the week. The day they get to take on this role is based on their name, as each one is named after a day of the week. When Monday disappears, one by one the sisters start dying. Monday ends up turning against them, and they overrule the government.

The main actor in the movie is the girl that plays the septuplets, Noomi Rapace. She is a Swedish actress and has been in many other films including Prometheus,  Alien: Covenant, and The Girl with the Dragon Tattoo. She does a great job in taking the personality of seven different characters. The other actors also do great acting and also do an amazing job in taking the personality of the character they are in the film.

This movie explores the future consequences of China’s old one-child policy and what it would be like if it was still in action. The movie is filled with mystery, crime, love, and action. It goes from police chases to emotional breakdowns. It is a very interesting science fiction story that grabs your attention. It is a very suspenseful movie and puts you on the edge of your chair.