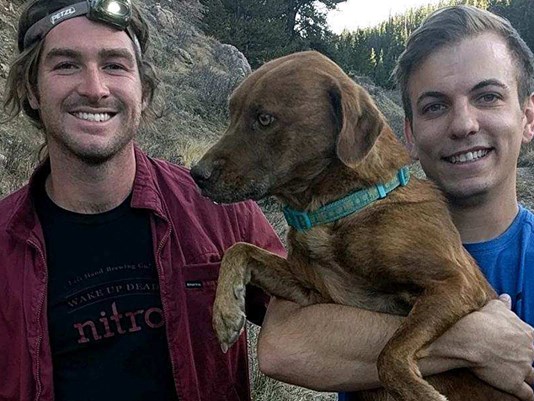 Every year, many pets get lost or abandoned. Some on purpose and others on accident. These include dogs, cats, and many other household pets. Most times, people search and search for their lost pets, but to no avail. Though, sometimes, even after giving up, the pet is found.

Last week, a hiker was hiking near the Beaver Creek area of Fairplay in Colorado. While hiking, he heard growling and strange noises coming from an entrance to an old mine shaft. As he was hiking with his dogs, he was frightened to get near the mine, as whatever was in there could hurt his dogs. So, he went home. A week later, after many many thoughts about it, he decided to go back. After getting close, he heard a familiar sound: barking. He ran home and got his climbing friend, Gannon, and his girlfriend Portia. Eleanor Ziolkowski (11), a lover of animals, has an opinion on going back to save the dog.

“I certainly would go back to save an animal I thought was in trouble. I have gone back multiple times to help an animal I see or slow/stop my car to let an animal cross the road and to alert other drivers of the animal. If I see an animal in need then I will always help it however I can, even if that means going out of my way to do it. I deeply love animals and hate to see them in pain or need,” said Ziolkowski.

Back at the mine shaft, they all grappled 20 feet down to see a lost dog. They took the dog to a local vet but the dog didn’t have a chip or anything, just a collar. Thanks to Facebook, Portia was able to get in touch with the lost dog’s family.

Ziolkowski also said what would happen personally if she lost one of her precious pets.

“If I lost an animal, I would be anxious and sad all the time. I would put up signs and tell the news. I would also go look for the animal every second I could and wouldn’t stop until I found it. I love my animals and would do anything for them because they need my help to survive. I would never just accept an animal of mine leaving and never coming back,” said Ziolkowski.

While waiting, the dog, whose name is Cheyenne, got bathed, fed, and hydrated. Not even a day later, the dog was working on being returned. This is a scenario where the family was given a happy ending with the dog they all thought they’d never see again.