The Fight Goes On 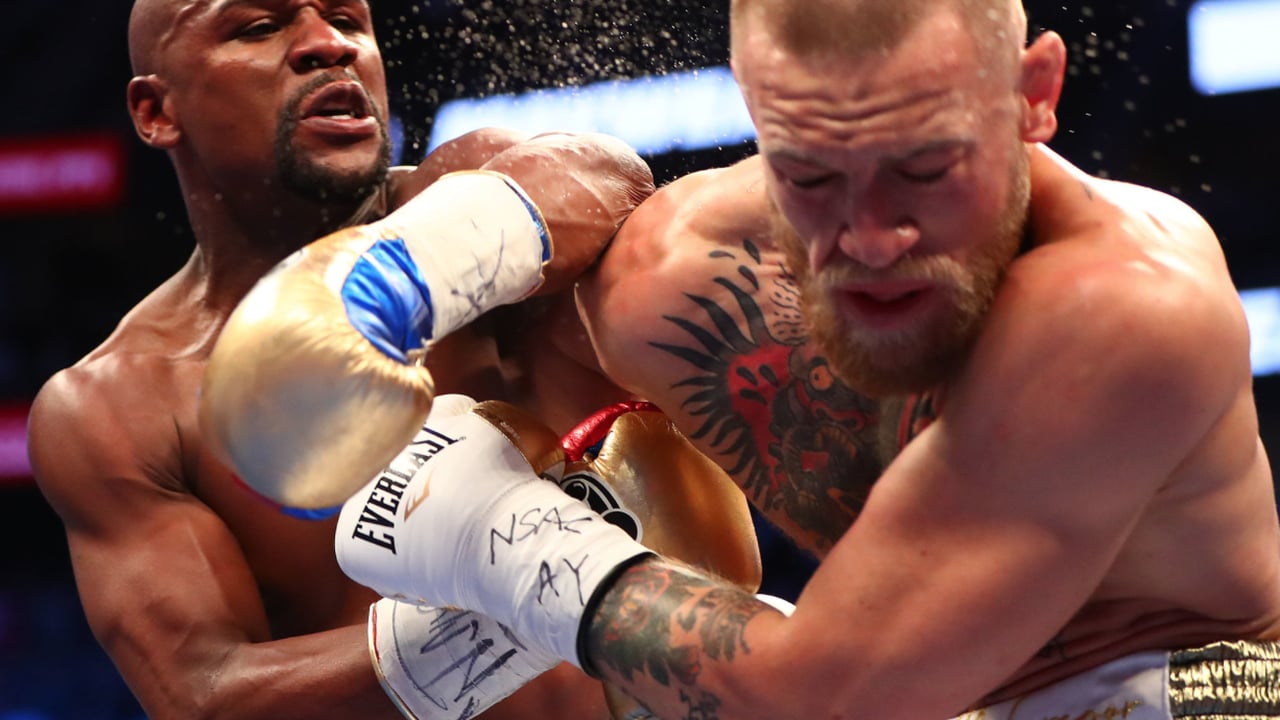 A historic fight took place on August 27, 2017. Former boxer, Floyd Mayweather, came out of retirement to accept a challenge in the ring. Notorious fighter, Conor Mcgregor, known as one of the best MMA fighters in the league, issued a fight with Mayweather.

After the acceptance of the fight, Mcgregor and Mayweather bantered for months over who would win. Over social media and in person, the two renowned fighters argued to entertain their fans. Connor tweeted out phrases like “The boxing ring is mine now” and “Wake up Floyd. It’s all over,” to mess with Mayweather. Mayweather responded by tweeting out “Talking doesn’t win fights,” to counter him. Both of these stars used social media and meetings in person to hype up the event. When August 27th came, both of these fighters had to back up their words.

When the fight began, Mcgregor started off hot, landing blows on Mayweather for the first few rounds. McGregor landed clean jabs and an unexpecting uppercut to Mayweather’s jaw. Mayweather stayed calm and studied Mcgregor’s style of boxing. He was landing few shots and keeping a high defense. Around the fifth round, Mayweather changed his style up and started fighting more aggressive. He upped his offense and began staying closer to McGregor to land hits. When Mayweather implemented this strategy it caught McGregor off guard. Around the 9th round, McGregor became increasingly fatigued based on his body language and Mayweather kept composed. As he became worn out, McGregor started keeping his fists down and blocking less. This allowed Mayweather to hit more punches and combos towards the end of that round. At the beginning of the 10th round, Mayweather came out strong and was landing hit after hit. One minute and four seconds into the final round, the referee called the fight and Mayweather won by TKO (Technical Knock Out).

On the other hand, Mayweather reviewed how he managed to persevere and win the fight. He explains McGregor’s style of fighting, “He shoots a heavy load in the beginning then starts to fade.” Mayweather described his strategy against McGregor, “I will let him shoot all of his heavy shots and then down the stretch I’ll take control.” Mayweather let McGregor take the early rounds and then capitalized on McGregor’s exhaustion in the later rounds. Mayweather tells how “(Mcgregor) is a tough competitor and still has a long career ahead of him.” Jacob Woods (12) explains “Connor held up 10 rounds with one of the greatest boxers of all time. I think that’s pretty cool.” In spite of all the trash talk, banter, and press conferences, the two fighters had major respect for eachother after the fight. When the fight ended, McGregor and Mayweather headed to the center of the ring to show their sportsmanship. They looked each other in the eyes and expressed the respect they had for eachother for fighting. McGregor told Mayweather “Much respect. Great job. Great job,” as they ended the event.

Throughout all of the banter between the two, they were able to show good sportsmanship and respect for each other at the end of the fight.