The Cause of Bill Paxton’s Death 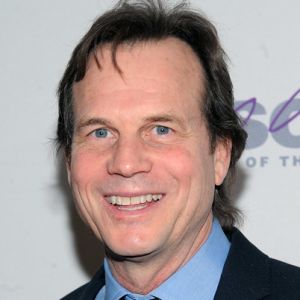 Bill Paxton, a well known actor, was 61 when he died on February 25th, 2017. However, the cause of his death was unknown until it was released on March 2nd. Paxton’s cause of death was a stroke which occurred after his heart surgery. This surgery repaired his aortic valve and an aortic aneurysm. Bill sadly died 11 days after his surgery.

Bill Paxton played in many movies. However,  most people, like one LCHS student Connor Chapman, know him from Spy Kids Game Over.

“[He was a] good actor and the villain was played well even though he lost against the kids,” said Connor Chapman (09).

Bill died from a stroke that could have been a complication from one of his surgeries. To know more about the surgeries it is necessary to know about the aorta.

Open heart surgeries could possibly come with a lot of complications, but in the end they do more good than harm.

During this surgery one must make a large incision in the middle of the chest so that they can reach the heart. Blood must then be circulated outside of the body, as well as inside, to bring oxygen into the bypass machine. The heart is slowed or stopped by a cooling effect so that the heart does not become damaged. After the heart is slowed, the surgeon begins to replace the aortic valve with an artificial valve that usually comes from an animal, like a pig. Once the valve is replaced, the surgeon closes up and warms the heart, and then they take the patient off of bypass.

An aortic aneurysm is when a place in the aorta is enlarged or pushes outward. This happens when the wall of the artery is too weak and gives way. To fix it the surgeon will make a cut near your groin and then will use a mechanism that will allow them to find the aneurysm in your aorta and then they will place ,a spring with a graft around it, inside the artery. The aneurysm will eventually form around the spring and graft. After that you are done, it is a generally simple process.

In the end, Paxton died of a stroke which is when part of the brain gets clogged. This means it has lost blood flow and part of the brain is unable to get oxygen. Strokes can happen to anyone at any time, meaning it’s not such a big mystery in the way that Bill Paxton died.