The Self Driving and Talking Bus 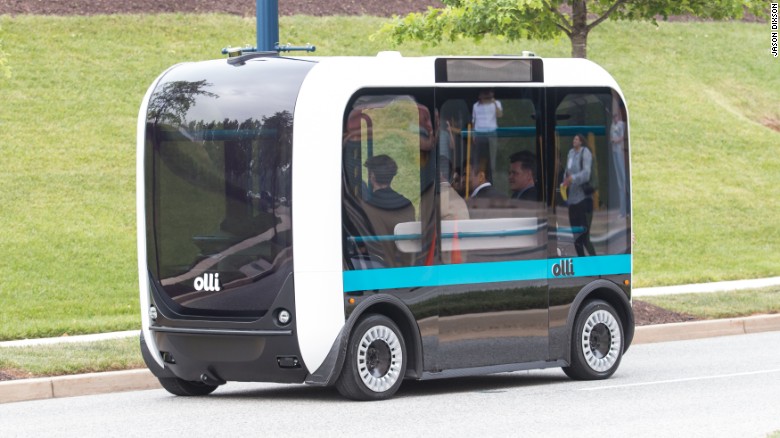 Some people may be using Uber or other apps to get around, but now Local Motors and many other companies have now created a prototype of a self-driving and talking bus that does exactly what buses do, just without a driver. Its name is Olli.

Olli has been a project for a couple of years now. It is being tested still, but expected to get approval from the DMV and be on regular streets by the end of this year or next year.

Olli is still under construction as they are still working out the bugs and technological problems that the bus might have. Olli makes use of the Lidar, a laser sensing system also employed in Google’s driverless cars. It comes packed with safety features such as speed monitoring and other safety precautions. Although Olli isn’t fully driverless, Olli will be operated by a human at a currently unknown location which should be later revealed .

It runs electrically, which helps save the environment. It has the capacity for 12 people. The creators of Olli have given it a normal voice instead of the choppy, animatronic voice most devices have. By doing this, they were hoping to make the voice more inviting, which allows people to accept robots more.