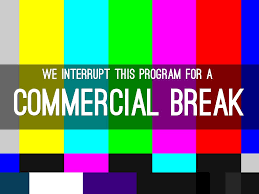 The Super Bowl aired on Sunday, February 5th. Along with the insane game, there were commercials that gave off all sorts of different feelings. Almost all the companies that aired on Sunday had more than one commercial.

The commercials that usually makes everyone’s heart gush are the Budweiser beer commercials. Although they did not have very many this year, the ones that were shown made up for the lack of commercials they produced. As always, Budweiser used emotional appeal to get your attention. The commercial consisted of the adoption of a golden retriever puppy, and during the commercial it shows how the puppy and the horses become attached. It ends with the puppy getting in a car to leave the stables, but then the horses stop the car. The driver lets the puppy out, and they go back to the stables. The connection between the puppy and the horses draws you in and allows you to become emotionally invested in the commercial.

There were a total of three Wix commercials; they honestly did not make much sense when talking about how they allow you to make your own website. One of them made me think that it was a headphone commercial, because the person could not hear anything that was going on in the commercial. There was this huge fight scene and the restaurant was almost completely torn apart, yet the character was too distracted by making his website to advertise his food trucks business.

There were several T-Mobile commercials that took a more scandalous tone. They had a total of five, and may I just ask, how did those get aired? Most of them bashed Verizon Wireless, which is a good tactic to get people to notice your ad. However, due to how scandalous the commercials were, some people may have gotten angry about the commercials airing. Then you have the other side who might have thought that it was the funniest thing out there.

If there was a competition between commercials, the Airbnb commercial would have won it, especially with all the politics going on, it really took a stand. The commercial basically talks about judgement on anyone or anything, and how you are the way you are and you are accepted.

Another commercial that stood out was the one featuring Hyundai. They talk about the troops and how the safety of their family is important. They also tell how Hyundai can keep them safe and connect the family’s with their troops. This one most likely hit home for a lot of people, meaning it attracted a lot of attention and did its job well.

The majority of commercials that grasped my attention were the ones that used emotional appeal. The most drastic example I can think of are the commercials where they are asking for a animal shelter donations with sorrowful and abused puppies. Because of that, you feel compelled to donate and help make the puppies succeed in becoming healthy. There are many people who do not like emotional appeal because it can be a form of guilt, although some feel a little different.

“Emotional appeal does help draw people in, I personally have never bought any of the products due to these commercials, but it definitely benefits the company in a dramatic way,” said Connor Chapman (09).

The other half of the commercials were comedic, and those brought in a huge amount of attention also. In my opinion, the commercials that included a joke or were just a joke themselves are not the commercials that bring in the money, compared to the emotional ones. Everyone enjoys a good laugh and that is what we got with these commercials. Skittles, as always, gave us a big laugh. They showed us how skittles are something that everyone wants. The commercial shows a young boy throwing his skittles inside of his girlfriend’s window. When you notice that she is not responding, the view changes to inside of her room. There, you see her whole family catching the skittles in their mouth while oohing and ahhing over the taste of the candy. They also include a robber and a police officer joining in on the fun.

Another one that was absolutely hilarious was the Kia Niro that starred Melissa McCarthy. Here, they had her going in all different types of environments. In every environment she got hurt or attacked, which put some comedy in a vehicle commercial.

In the end the super bowl commercials came out with a bang and were very well made, and got everyone’s attention.