NES Classic Edition: A Blast From The Past 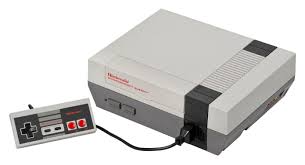 They say nostalgia is very hot right now. And with renewal of underground cultures like punk and grunge and companies reviving classic brands, that seems to be the truth. Nowhere is this more prominent than in the entertainment industry. Within the past few years, there have been countless remakes, reboots and sequels to classic movies, TV shows and games from the 90’s, 80’s, 70’s, and beyond. Star Wars, Doom, and The X-Files are just a few franchises that have been brought back for us consumers to enjoy and reminisce over.
A new big player in the nostalgia game has hit the market, provided to us by no other than the arguably most popular long running video game company out there, Nintendo. They have recently released a sweet little recreation of their classic gaming console, the NES (Nintendo Entertainment Console for those who don’t know), called the NES Classic Edition. It’s a scaled down model of the original console, preloaded with 30 of the most popular games for the NES, and it comes in at a cheap $60, the price of one game for a modern console. The hardware on the console itself has been updated with mini USB input for power and an HDMI port to plug straight into your sleek, new modern television. That’s right, no need to go out looking for an adapter to mix you old and new tech, Nintendo has you covered.
As cool and exciting as this product may seem, there are reportedly some downsides to the little console. While it does come out of the box with 30 classic titles, such as Donkey Kong, Metroid, The Legend of Zelda, and of course Super Mario Bros, those 30 are all you get. The new console doesn’t play the old cartridges and there is no digital download for any others. Also, the controller packaged with the console is a short 2 and a half feet long, leading to complaints about the length of the controller. Also, if you just so happen to still have your favorite peripheral, like the Zapper or the Power Glove, you won’t be able to use them.
Despite these shortcomings, devout fans of the NES are still excited. Nathan Holliman (10) describes his feelings for the console. “I’m very excited for it. I’m going to ask for it for Christmas.” He goes on to describe the game he’s most excited for. “I love Donkey Kong, because I remember bonding with my dad over that game.” The power of nostalgia apparently even crosses over generations.
With the rise of the popularity of nostalgia, the NES Classic Edition couldn’t have come at a better time. It has already been selling like hot cakes, so it will take a vigilant eye to catch one of these little beauties on shelves.
Source
https://www.cnet.com/au/products/nintendo-nes-classic-edition/review/
https://www.engadget.com/2016/11/11/nes-classic-edition-review/