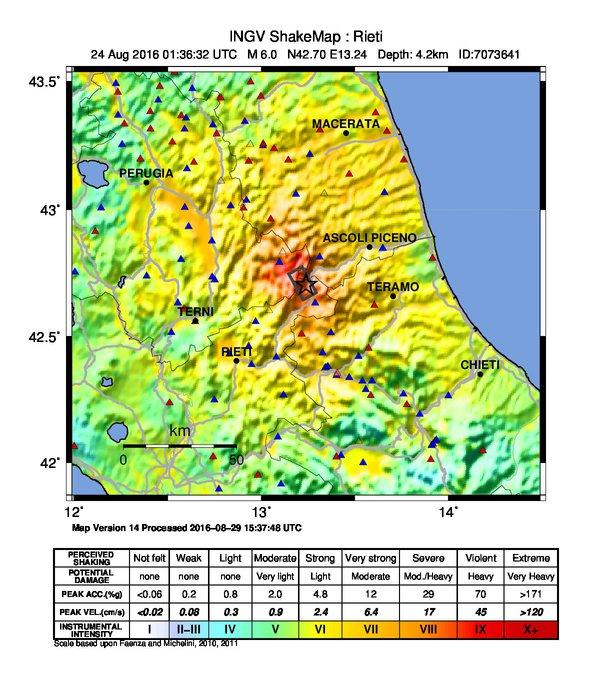 On Wednesday October the 26th, a powerful earthquake shook the temblor-prone region of Italy. The first earthquake hit at 1:00 p.m. ET. The strike was 2 miles north of Visso and 36 miles from Perugia and was a magnitude of 5.5. The preceding earthquake was a magnitude of 6.1. Thankfully, these earthquakes were not as deadly as past ones. The only death known of was caused by a heart attack and thought to be triggered by the shaking. Seismologists say the quakes were aftershocks of a 6.2 quake that struck in August.

Many buildings, as well as historic structures, fell because of the destruction. This left many people resorting to living in their cars. Hundreds are finding anywhere to park including gas stations and parks. Many pet owners have also brought their pets with them in their cars.

Prime Minister Matteo Renzi said as many as 3,000 people are now homeless, and they must designate $44 million in aid from the August quake.

It is said that any earthquakes higher than an 8.3 magnitude are very unlikely, but the largest recorded earthquake was in Chile on May 22, 1960 which was a 9.5. That quake killed approximately 1,655 people, injured 3,000, and left 2,000,000 homeless from the destruction. Thankfully the Italian earthquake was not that bad and we hope for the best for them.