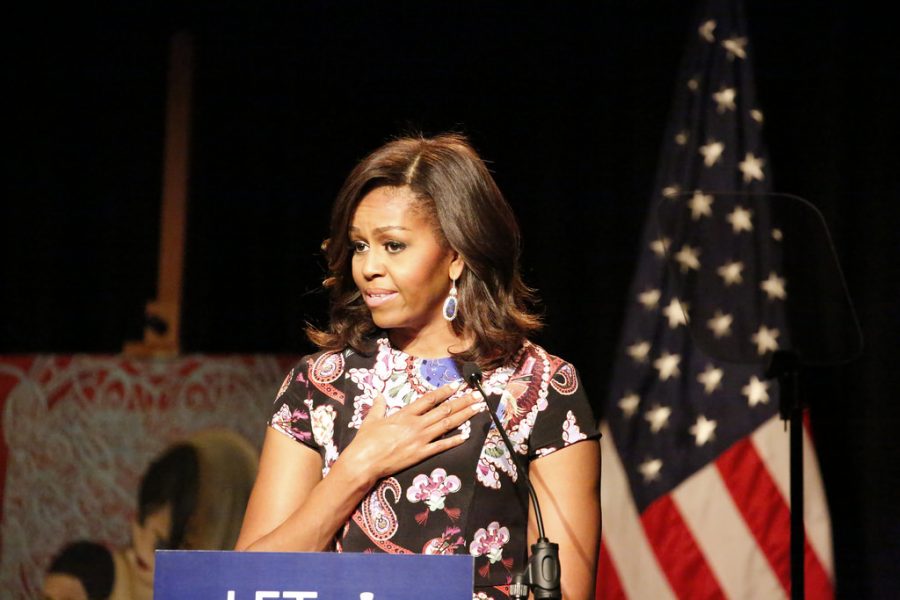 Michell Obama is against the women abuse. Photo Credits: Flickr.com

On October 7 appeared a voice recording from 2005 of the candidate, Donald J. Trump in which he made some obscene comments about women, making references of abuse. First lady of the United States, Michelle Obama, stepped on the podium at Hillary Clinton’s campaign and talked about what Trump said on 2005.

“The belief that you can do anything you want to a woman, it is cruel,” she continued. “It’s frightening, The truth is, it hurts. It’s like that sick, sinking feeling you get when you’re walking down the street minding your own business and some guy yells out vulgar words about your body,”said the First Lady.

Michelle Obama’s comments started receiving a lot of comments on social media, including a tweet from Hillary Clinton, supporting Obama’s comments. ‘’[email protected], I’m in awe. Thanks for putting into words what’s in so many of our hearts. -H,’’ tweeted Mrs. Clinton. The first lady was very affected by Trump’s comments and said it’s not normal that a candidate for the presidency to think and feel that way towards women.

In the last presidential debate on October 19 Donald Trump said, “nobody respects women more than me’’ but at the same debate, while Hillary Clinton was talking, Trump said “Such a nasty woman.” With that comment he made more controversy.

Jessica Morales (10) said she feels bad about those comments because it is not right for a presidential candidate to have such views on women. “I think this is not normal for a politician because, if he wins the elections he would represent the United States and I think that would destroy the United States’ reputation,” said Morales.