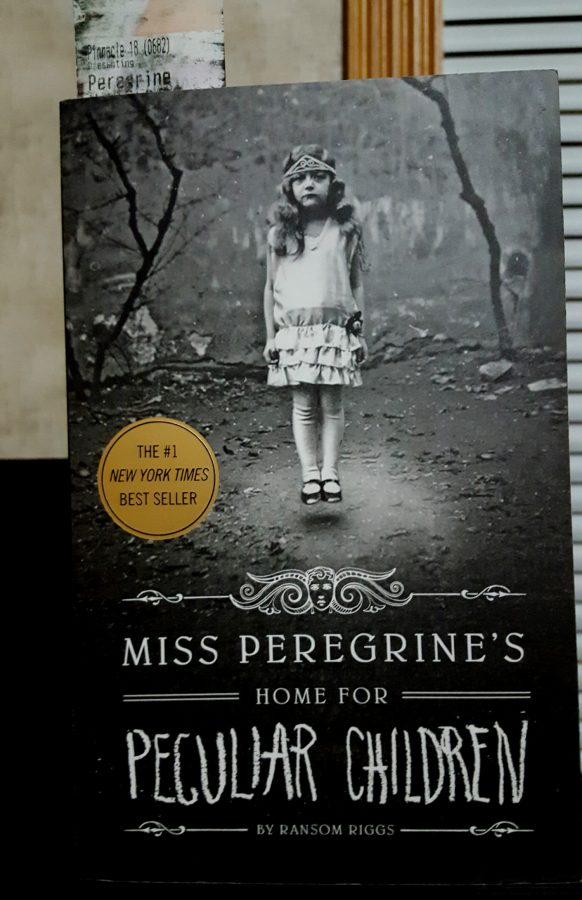 Ransom Riggs' "Miss Peregrine's Home for Peculiar Children" with a ticket from Regal Cinemas in Knoxville.

Recently, an abundance of books have been adapted into movies. You have seen a lot of them in commercials or Youtube advertisement–The Girl on the Train, The 5th Wave, Fantastic Beasts and Where to Find Them. But these films are often for the enjoyment of the readers as well as a hefty profit for production studios, such as Ransom Riggs’ Miss Peregrine’s Home for Peculiar Children.

September 30th was the premiere date of Miss Peregrine’s, a movie I had been anticipating for most of the year. I went into the decently-filled screening room at the theatre in Knoxville and sat with my sister and mother.

Before watching it, my only prior knowledge was from the book. I knew Peregrine’s had a fantastical setting with very whimsical, peculiar characters. I also knew of the basic plot that the movie was going to try to follow.

With all these things in my mind, I watched the movie and enjoyed it. The cast was lovely on the big screen and I believe they took the fictional characters into their own hands. The other big appeal to me was the animation that happens to be in most Tim Burton movies–most commonly seen in The Nightmare Before Christmas (a great bi-seasonal movie). This style is seen in the monsters and even in the girl with a mouth on the back of her head. I was ecstatic to see the style twisted into Miss Peregrine’s because it really fit the dark, bazaar feel that the book was all about.

Sadly, a few characters were changed. One of the main characters switched their peculiar trait with another character; however, this gave the actors a chance to take a different look at what the subject matter of the movie is really about. Also, a side character that I was interested in seeing was substituted, which was a real downer on my part but did not take away from the overall movie.

This movie was great and exceeded my expectations. The setting and mood was beautifully directed and portrayed to give a dark and unique feeling to whoever watches it. I loved incorporations of the usual Tim Burton style. The actors gave a new life to the characters that Ransom Riggs intended for them to have. I had enough to talk about on the way home from the movie theatre so I think that makes this movie a hit.