Suicide Squad is based on the comic books released in 1959 and 1987. This movie is based after Superman’s death in Batman v Superman: Dawn of Justice, and even mentions his death in the movie. In Suicide Squad, a secret government agency recruits imprisoned supervillains to go through dangerous missions and save the world from a threat, in exchange for their lives.

“As I hope I have made apparent, the storytelling that brings all these characters together so quickly is lazy to the point of professional negligence,” (Christopher Orr: The Atlantic.) I believe that there was some design flaws in this movie. For example, Harley’s hair is suddenly dyed and then undyed. Also, the Joker was supposed to not even be in Suicide Squad. Even so, his character wasn’t portrayed as the abusive man he typically is.

I found that there wasn’t a very strong storyline and the movie mostly focused on Deadshot even though it was for the whole squad. And there wasn’t really a break on the action. But, regardless, this was a really good movie even though they were on a very, very, short deadline. 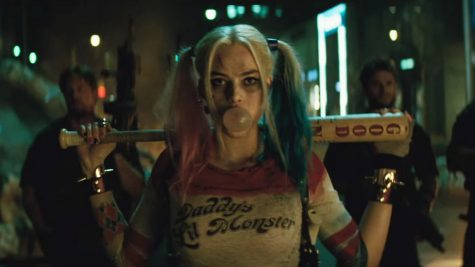