Kenny Baker: The Droid We Were Looking For 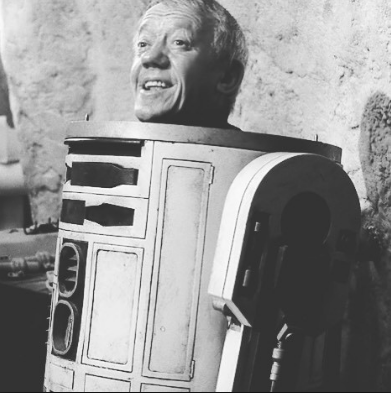 When it comes to iconic characters, there are few series that has produced as many as Star Wars. Whether it’s the bravely, heroic Luke Skywalker, the suave rogue Han Solo, or even the infamously ridiculous Jar Jar Binks. However, there’s no character who could match the cheerful companionship and unspoken personality of R2-D2. Unfortunately, the actor who portrayed the lovable droid, Kenny Baker, died on August 13, 2016.

Baker, who was 81 at the time of his death, had a long, fruitful acting career. Besides playing R2D2, Baker performed in a number of other films, including Labyrinth, Mona Lisa, and Time Bandits.  However, he didn’t begin his performance career in acting. Originally, he took part in a number of circus acts and nightclub performances until he secured his most famous role as R2D2 in Star Wars.

Baker’s death was a sad event for many film enthusiasts. Cole Davis (10) was one such individual. He recounts the moment he found out about Baker’s passing, “I was watching the news with my dad and we heard a report about it. I was sad that an actor in such a popular movie series died.” Davis really felt a positive effect from Baker’s work. “I really enjoyed Star Wars. It was one of my favorite movie series.” This was the case for many fans of the series.

It is sad to see an actor featured so heavily in popular culture pass on. Despite his small stature, he was a giant in his industry. Baker will be missed by many.