Fullmetal Alchemist is a Japanese animated series, based on two brothers who delve into the world of alchemy, an ancient form of chemistry. The boys’ mother dies, forcing the boys to do one thing: human transmutation (resurrection), though it is seen as a transgression. During their dangerous attempt, the brothers encounter a misfortune. Edward loses a leg, and Alphonse loses his whole body. To save his brother, Edward trades his arm for his brother. Al’s soul is now trapped in an armor of metal, and Edward’s missing limbs are replaced with steel prosthetics. The two boys, though have met with tragedies, continue their journey with alchemy.

As a fan of the anime and manga, Fullmetal Alchemist, I am excited that it will be adapted to a live-action film. I personally think that the cast is perfect. I can’t wait to see Ryosuke Yamada portray Edward Elric. I think his soft features and short stature will greatly depict Edward Elric. I’m also thrilled to see the CGI used for the alchemy and the other characters.

This June, the film will be shot in Italy, directed by Fumihiko Sori. In Japan, the movie will come to cinemas in the summer of 2017. There is currently no information pertaining to the U.S., but this doesn’t hinder the hype in here in the states. Some American-based websites, like fuse.tv,, otakumode.com, and ign.com have announced the cast and movie details, informing fans on the film’s latest news.

The cast has been announced as follows:

Yo Oizumi as Shou Tucker

Alphonse Elric, and many villains will be presented with CGI

The actors and their animated roles: 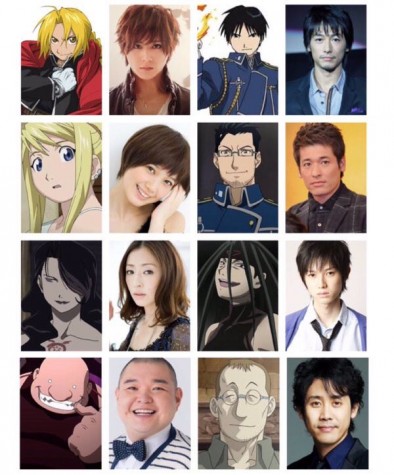 Little to no details concerning the plot have been revealed. The only thing that fans know about the storyline, is that there will be two parts of the film. The first part of the film follows the original storyline, while part two is a whole new plot.
I hope the film makes it to America!