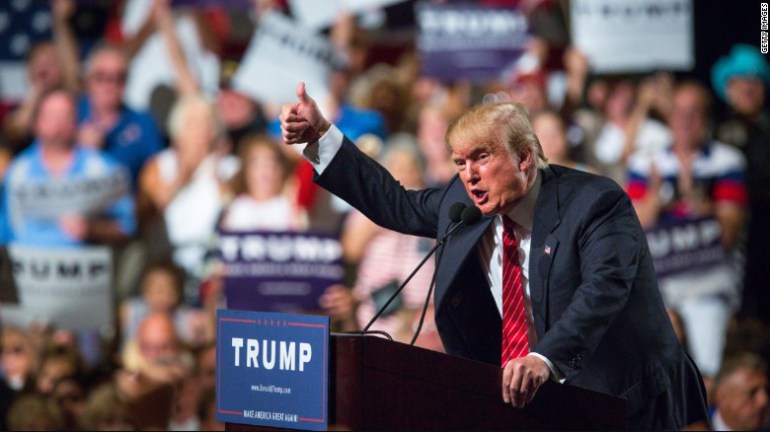 Donald Trump has been gaining a lot of attention in the media lately- he cancelled one of his rallies in Chicago and someone at a rally in Ohio attempted to jump on stage with him.

On the day of March 11th, 2016, something odd happened at one of Donald Trump’s rallies. A large swarm of protesters gathered around the building he was speaking at in Chicago. There were hundreds of protesters, and Trump cancelled his rally for safety reasons. Many fights broke out between the protestors and the supporters of Trump. Police were called in.

Just the next day, March 12th, a man who was attending one of Trump’s rallies in Ohio jumped the safety border and attempted to get on stage with Trump, but was stopped by the secret service before he could make it. Many people were upset by this and believed it to be an attack on Trump, but he man did not have a weapon with him. Trump believed it to be a “planned attack”.

Julia Carroll (9) believes that the protesters were using their freedom of speech, but that they need to calm down about it. “If he wants to run for president, let him do it,” she said. Carroll said she supports Trump to an extent, and appreciates how honest he is, but does not like how brutal he is.