After two years of the Wii U release, Hyrule Warriors is finally coming to 3DS.

The setting is in Hyrule, much like other games in the Zelda franchise. The town of Hyrule is in danger again, and several heroes must save it from succumbing to evil.

Hyrule Field isn’t the only land in which you can play in this game. Settings include: Eldin Caves, Faron Woods, Valley of Seers, Death Mountain, Lake Hylia, Twilight Field, Palace of Twilight, Skyloft, Sealed Grounds, Temple of the Sacred Sword, Temple of Souls, Gerudo Desert, and Ganon’s Tower.

Being able to play as any hero you want is an exciting opportunity for the series of Zelda games. I definitely want to experience this game. 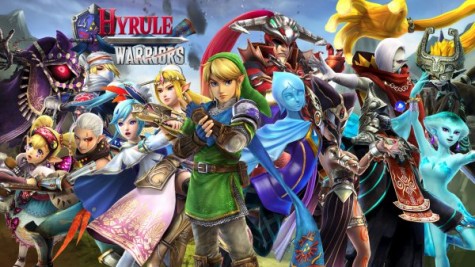