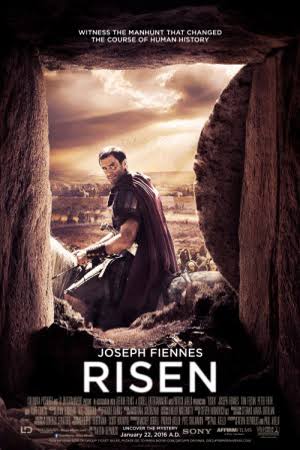 I recently went to the movies to see Risen, a mystery/drama film directed by Kevin Reynolds regarding Jesus’s crucifixion and resurrection. The movie has received fairly high ratings, so I decided it wouldn’t be a bad idea to see it.

The movie follows a Roman soldier, Clavius (Joseph Fiennes), who helps murder Jesus (Cliff Curtis). The man thinks nothing of it–to him, the person he’s killing is no different than any other, except for the fact that he’s considered a king.

Jesus is removed from the cross and buried in his tomb, which is then sealed tightly, and guarded with a giant stone that takes many men to budge. However, the tomb is found empty, the stone far from where it originally was located.

Rumors begin to circulate. People are questioning whether the Messiah has come to the earth and resurrected, or whether Jesus’s disciples have stolen his corpse.

Clavius is sent on a mission by Pilate (Peter Firth) to investigate the mystery and find Jesus’s body, as the Romans are certain it is just hidden. He is accompanied by his trusted aide, Lucius (Tom Felton), as they begin the search for the body of Jesus.

Overall, the movie seemed very historically and Biblically accurate. Of course, any movie regarding the Bible won’t be spot-on, but it was very well done.

It was unique in the way it approached the subject of Jesus. Instead of following Jesus as the main character, it followed a soldier who only knew death and despair. Ultimately, the story comes back to Jesus, but the way it goes about portraying the popular Biblical tale is very interesting.
I enjoyed the movie, though it was more on the historical side than your typical “I found Jesus and my life changed” Christian film. I believe any Christian (or person, for that matter) who is interested in learning more about Jesus’s death should watch this movie.