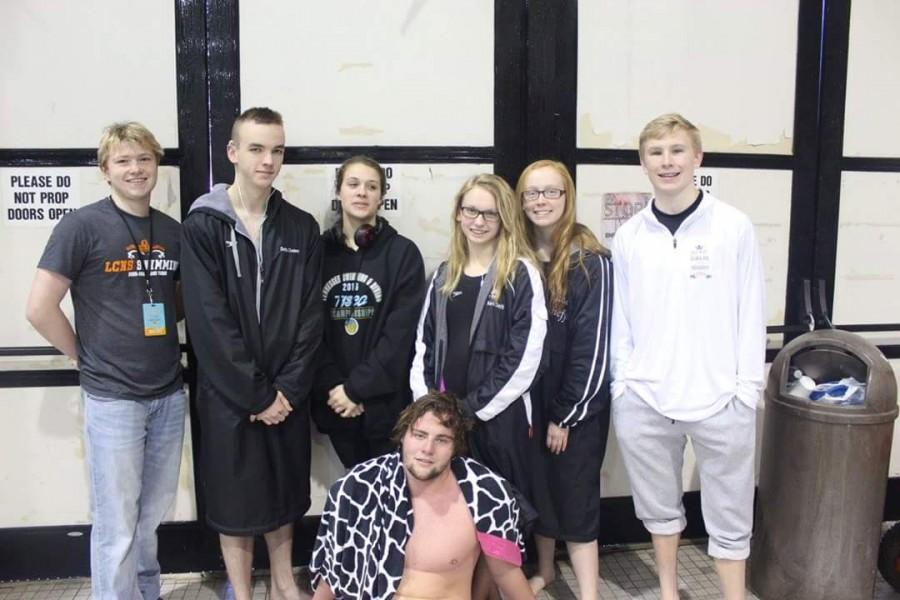 The state swim meet was held February 12th and 13th in Nashville, Tennessee.

There were no personal best times, but Blue did beat his time in the 100 free during the 400 free relay. Both of the men’s relays also scored best times.

Holliman was the only freshman to attend the state meet. “[My favorite part was] just being able to be there with all of my friends on the swim team, and just getting a taste of it as a freshman…the amount of talented swimmers there. It was amazing to watch them swim,” said Holliman.

Gump was one of the seniors that attended. This was his last year to be able to attend the meet. “It’s a hard challenge to achieve especially for younger swimmers,” Gump said, “It’s cool to see the younger swimmers’ first time at state”. He said more swimmers attended the meet than last year. “It’s a big accomplishment for the team to have a lot of people,” he said.

The state meet next year will be held at the University of Tennessee on February 10th and 11th.

There will be a banquet held for the LCHS swim team on March 4th at 6:00 pm at First Baptist Church in Lenoir City.