Making change one poster at a time 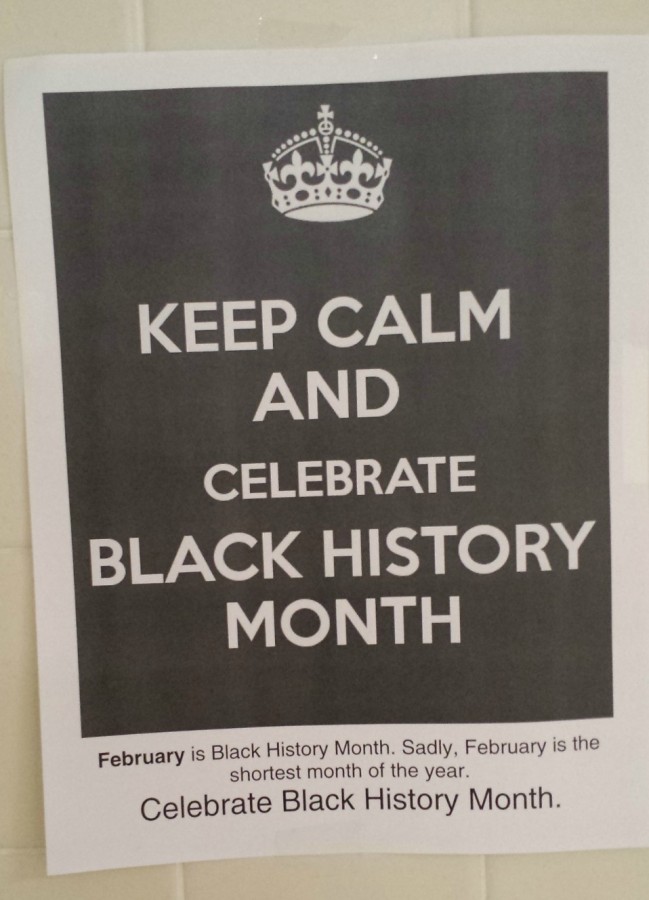 February means more than Valentine's day--it also means Black History Month. One student is taking strides to ensure this month is not overlooked.

The month of February is generally eventful–unpredictable Tennessee summer/winter weather, Valentine’s Day (and all the chaos that follows the day of love), President’s day, etc. However, there is a major, month long holiday that February possesses: Black History Month.

As the month comes to a close, a moment is taken to pause and commemorate the accomplishments, history, and achievements of African Americans throughout history. First put into action by “Harvard trained historian, Carter G Wilson” (according to the africanamericanhistorymonth.gov website), the week to celebrate black history was embraced. In 1976 President Gerald R. Ford extended the week to an entire month of the year. Since then, Americans have been pausing to appreciate not only unity and brotherhood, but also the accomplishments of the African American community.

Despite how important the holiday is to our year as Americans, people often forget to honor this month or forget that it exists. Here at LCHS, however, one student is raising awareness to ensure this crucial holiday does not get overlooked.

“I watched a Facebook video about why there isn’t a white history month. They were talking about how not a lot of people know it’s February…They said every month was white history month. I didn’t even know [Black History Month] was a thing, and when I found out I was like ‘oh that’s cool!’. Then it [compelled] me to put up posters,” said the student who requested to remain anonymous (and will be referred to as Anonymous for this article). Anonymous had spent the previous night gathering posters from the internet, and crafting their own. Compelled to spread the message, they arrived early at school and hung posters in high traffic areas.

Inspired by the spirit of equality and representation, Anonymous hung around 30 posters all over the school. “[The importance of Black History Month] is what it symbolizes in other areas. Just the fact that we’re celebrating a month dedicated to African-American history also symbolizes a month for equality. The fact that February is a time to realize that we are all equal–that’s really what motivated me to do this,” said Anonymous.

No matter what race one belongs to, the spirit of Black History Month and equality reaches all, and by hanging these posters, Anonymous believes they will make their fellow students pause and think about their fellow humans, and make efforts to be more inclusive. “I feel like I need to do something to show people that I think equality matters–[by doing] things like this,” they said.

Even though February is waning, the principles of Black History Months are ideas that should be carried along with every human–February through the rest of the year–as we all take steps to create a more equal world.