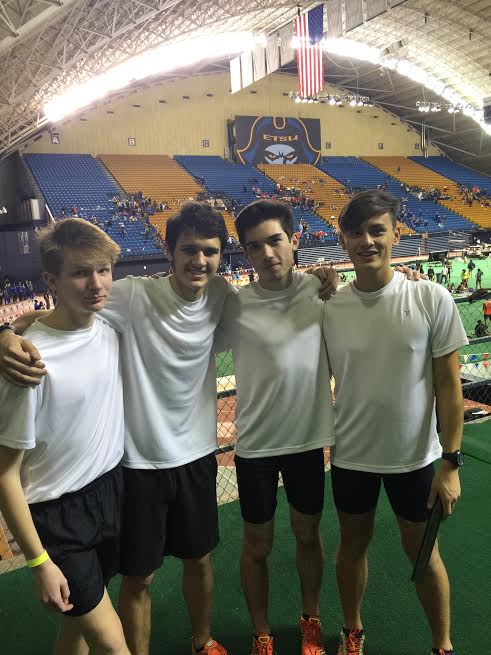 After an intense series of preliminary races, LCHS’s track team has qualified for the 2016 Indoor Track and Field State Championships which will take place on Saturday, February 16, 2016.

The racing field will be stacked with seasoned runners. Some athletes have already torn apart national records. The pressure to succeed is palpable.

The team is hungry for competition as this is their first time participating in the indoor season. For some team members, qualifying was a dream come true.

Matt Scarfo (12) said, “It’s an awesome accomplishment to get to the state meet”. He feels that his efforts throughout four years of athletics has paid off. “It’s a meet I’ve wanted to participate in since I was a senior. I’ve always wanted to go”, said Scarfo.

Coach Kuhl believes this is the most special group of athletes he has coached in over five years.

“They are a very special group. Whatever they do at this meet will benefit them in the future”, said Kuhl.

Morale is high amongst the members as they take on their most difficult challenge. They believe at the end of day, finishing healthy and happy is first priority.