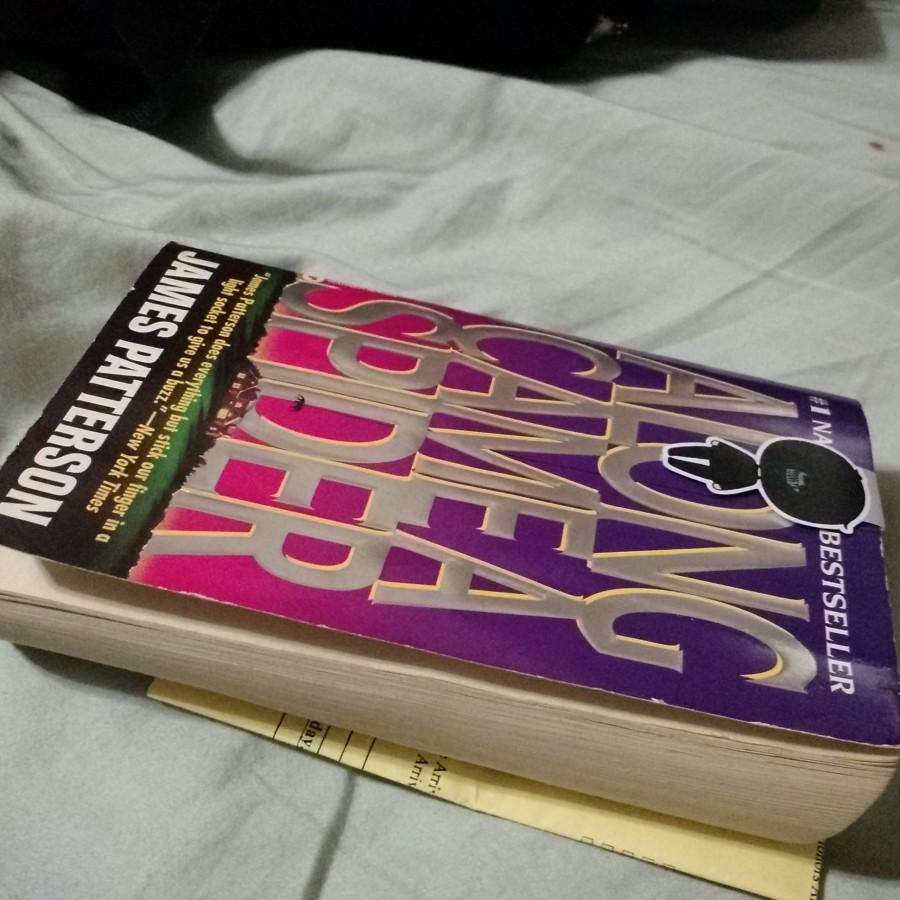 James Patterson's "Along Came a Spider" is a great read.

Freshman year, I discovered the gem that is the Alex Cross series by James Patterson. I started in the middle of the series with Mary, Mary, and read one of the more recently published books, Hope to Die, sometime in 2015. The sixteenth of February was the day I finally finished the first book titled Along Came a Spider after having watched the movie at least twice.

I love Patterson’s writing style. He makes sure a reader can finish the story with the flow of things. I never once thought I would put the book down and save it for another month to read. The characters and plot dragged me in and made sure I was captivated until the last word.

I felt like the characters were depicted as realistically as possible. Alex Cross is an African American detective in a city where tons of crimes involving the black community. He wants to make sure race doesn’t affect justice given to a case. In the middle of a graphic murder case, Alex is called to a white majority prep school because an actress’s daughter and an important man’s son is kidnapped by a teacher, who dubbed himself Gary Soneji. Alex is mad about his attention being pulled away from the murder case until he learns the case is connected to Soneji.

Gary Soneji was a confusing but intriguing character to follow. He changes his last name from Murphy to Soneji as a way to not be connected back to the case. Soneji is very perverse and intellectual on a level most cannot to come to. He is an amazing actor and stoops the whole nation when he pretends to have a multiple personality disorder- even though he actually does, but it is in the sense of characters he creates in his plans to dupe the FBI and local police.

The absolute amazing twist in the book is from Jezzie Flannigan, a Secret Service agent. Without going into too much detail and spoiling the biggest plot twist I have ever read, Jezzie pulls off almost everything she does seamlessly and makes me admire her as one of Patterson’s most developed and downplayed characters. Having watched the movie adaptation before reading the book, I kind of had a basic understanding of what was going to happen. I realized a few chapters in that I could not expect everything that happened on the screen to be on the pages. Some things happened exactly the way the movie depicted, but I had a few surprises. I don’t think the movie did the book a lot of justice, but Morgan Freeman as Alex Cross was a great idea.

If you do decide to pick up Along Came a Spider and read it to the end, be prepared to have to stop to catch your breathe. The book is perfectly paced and I don’t think I once questioned why something was put in the book. I was very impressed with the ending of the book. You saw it coming but not exactly the way it happened. I applaud James Patterson and hope to soon start Kiss the Girls.
For the full series and order so far: https://www.goodreads.com/series/40543-alex-cross