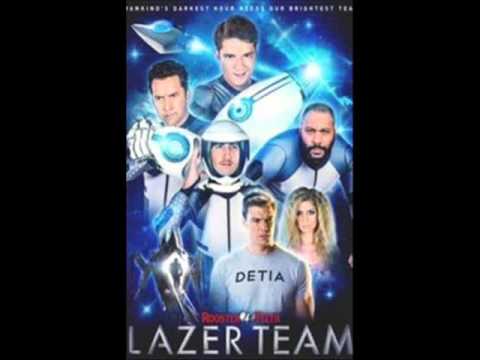 With the rise of the internet in the 1990’s and 2000’s, many new ways to entertain and reach out to people came to be. One big development during that time was online gaming, which meant that anyone anywhere could play video games and be connected with their friends.

Burnie Burns, co-founder of RoosterTeeth Productions, got the idea for a simple show while playing Halo with his friends in 2003. After some convincing, he started Red vs Blue with a few of his friends– Matt Hullum, Gus Sorola, Joel Heyman, and Geoff Ramsey.

As of 2015, the show has been airing for 12 years and is the longest running webseries of all time. Over that time, the company has grown exponentially. Today, in addition to their original series Red vs Blue, Roosterteeth produces several fully animated shows, including RWBY and X-Ray and Vav, and many live action shows, including Immersion and several podcasts. There are several divisions of the company who produce their own shows such as Funhaus, Achievement Hunter, Gamekids, and The Know.

Most of the content Roosterteeth creates is internet based and can be viewed on their website, Roosterteeth.com or on Youtube. Recently, however, Roosterteeth reached out to their fan base to fund a project they called Lazer Team.

Lazer Team is a full length feature film that many people at the company have been wanting to make for years. As a small company with no previous feature films and no parent company, the main hurdle they had to jump in order to produce this movie was funding. This is where the Roosterteeth community came in.

Though the movie was announced at Halo fest during PAX Prime (a gaming convention hosted in Seattle, Washington) in 2011, the script was started in 2010. In February of 2014, the crowdfunding campaign was officially announced, and the Indiegogo page was launched on June 6th, 2014.

Lazer Team reached its initial goal of $650,000 in under ten hours after the launch of the Indiegogo and had garnered over $1 million dollars in the first three days. By the time the crowd funding project was over on July 6th, 2014, the movie had reached over $2.4 million raised.

Filming for the movie started in October of 2014 and ended in December of 2014, with reshoots starting in late February of 2015.

Lazer Team is notable because of the huge success its crowdfunding campaign had, but that’s not what makes it an inspiration, or an excellent film.

The movie is a Sci-fi comedy that follows a group of four small town men who manage to shoot down an alien craft carrying a Megaman-esque suit made for a single champion of Earth (played by Alan Ritchson). Zach (played by Michael Jones), Hagan (played by Burnie Burns), Woody (played by Gavin Free), and Herman (played by Colton Dunn) each put on a piece of the suit; the lazer, the sheild, the helmet, and the booits respectively.

Through trials and tribulations, the group that Zach thoughtfully names “Lazer Team” in a social media post has to learn how to work together and care enough to save the Earth from an alien invasion.

The movie has both clever and ‘dad-joke’ humor in it and manages to balance the seriousness of the situation and the comedy of four very different people learning to work as a team extremely well.

My favorite aspect of the movie and what made it such a good film was that the characters were very real. In a lot of movies like this, you see the hero(s) picking up on how to do amazing things with this new power suit or superpower like it is natural, and many times the teams of people work together flawlessly from the beginning.

In Lazer Team our main characters pick up the suit and fumble with it. They don’t understand how to use it and they most certainly don’t work well together. For the first half of the movie they don’t want to work together period.

In the end of the movie, the team works together far from flawlessly and they still don’t even begin to know how to use the suit’s full power, and that makes the characters better. I am firm believer that a movie (or novel, for that matter) is only as good as its best character is human.

The reason it is an inspiration is because it was produced by people who started just like you or me. Lazer Team, in all its glory, was written and produced by real people who many fans have seen go from a small group of five guys doing a short show in their living room on one mic to a full fledged company with hundreds of employees.

For many fans, Burnie Burns is a more than just a name attached to a movie, he is more than an ideal, he is a friend. He is a reflection of who they want to be, just like Matt Hullum and Gavin Free and Geoff Ramsey and Michael Jones. People like J.J. Abrams and Alfred Hitchcock Hitchcock are on pedestals so high they no longer seem reachable, but with Roosterteeth the fans can see them and talk to them easily. They can see the people there mess up and tell bad jokes and make fun of themselves and each other, and it provides a layer of relatability that most famous people lack.

Lazer Team is an inspiration to many people because it was made by someone they can call friend.

Lazer Team had its theatrical release on January 27th, 2016, through a sponsor called Tugg where fans can find and/or schedule screenings in their area with participating theaters. If enough people reserve a ticket at a certain theater by a certain date, the theater will show the movie, otherwise those who bought tickets will not be charged for the tickets and the screening won’t happen.
The closest screening was at the Carmike Wynnsong 16 in Knoxville and there is an encore screening on February 18th at 7:00pm.