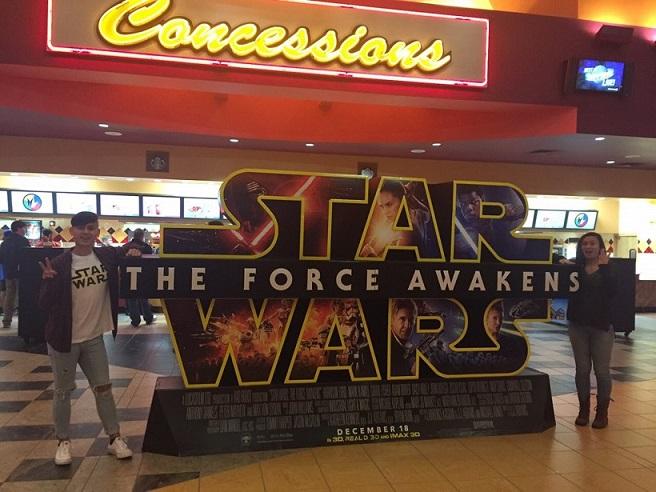 On December 18, 2015, Star Wars: The Force Awakens debuted in movie theaters nationwide. The film is now ranked as the second most successful motion picture in history, but for what reasons?

This is the first Star Wars movie to be produced by Disney after George Lucas shockingly sold “Lucas-films”. Nevertheless, I was expecting positive changes and prepared myself to be blown away.

The visual presentation was shockingly fluid and cohesive. Our new protagonists were notably charismatic and authentic. The costumes and graphics were shockingly realistic. Actors from the original trilogy returned to give the film an overwhelming sense of familiarity. However, I was left unsatisfied when the movie faded to credits.

Our new protagonist, Kylo Ren, disappointed me more than any character in the movie. The new sith’s acting was weak, and the actor was constantly shot from unflattering angles by the camera which left me vigorously laughing during parts that were meant to be horrific and/or intimidating.

The lightsaber duels were slow and awkward, something that has never been seen in any previous story.

I was also disappointed to see a redundant theme of coming together as a team to destroy a massive weapon. This was seen in the original trilogy and throughout a canon animated series called “Star Wars the Clone Wars”.

I am a huge Star Wars fan. The movie experience was not all bad, and I am committed to seeing all future Star Wars movies, but as for this one, I am slightly disappointed.