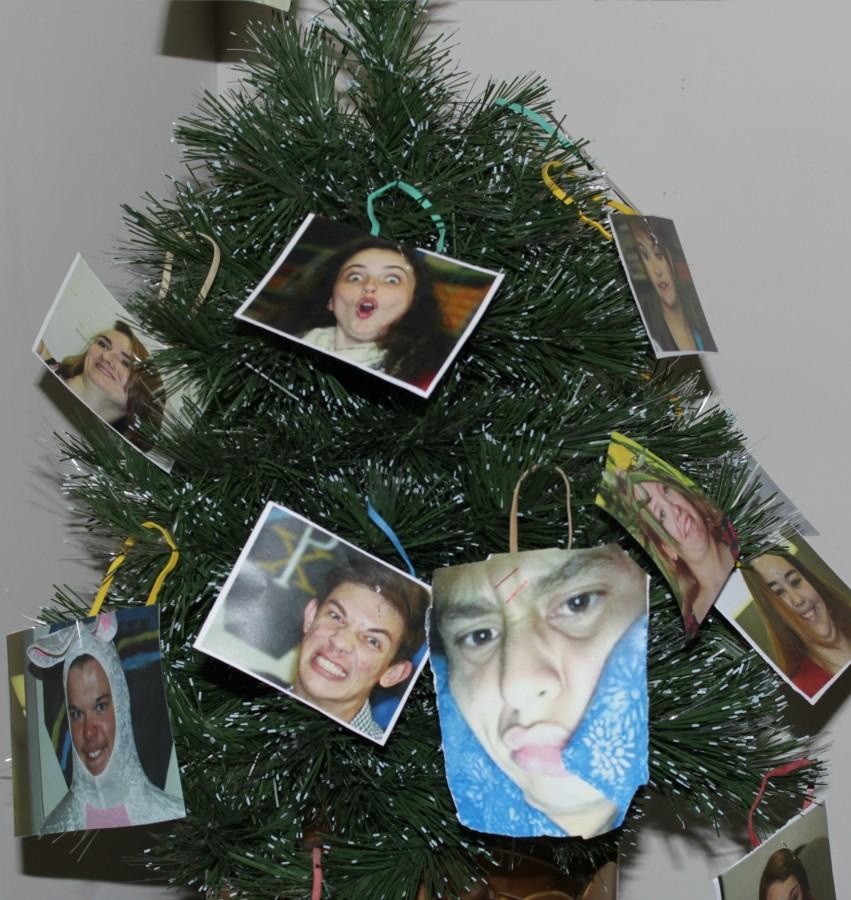 The Journalism Staff celebrates the holidays with a Christmas tree, decorated with our "best" pictures.

It is a common thing we all see every year. In people’s homes, in Rockefeller, and even in the White House there generally is a Christmas tree somewhere near you during the holiday season. In fact you have probably seen one or have possibly decorated one already. It is a tradition many can’t picture Christmas without.

But we have, in fact it wasn’t that long ago when Christmas trees were banned here in the States.

Here at Lenoir City chemistry teacher, Mr. Camp, has a Christmas tree farm where he grows a variety of trees such as pine, Douglas Fir, and spruce including Norwegian Spruce and White for the upcoming Christmas season.

To Camp the Christmas tree is symbolic. “It’s a symbol of renewal for the spring and it’s also celebrating Christ’s birth.”

The legend of the Christmas tree begins before even the birth of Christ, and before it was even a tree. It begins with the winter solstice, where many ancient people-including the Egyptians, Vikings, and Druid Celts- thought that their sun god was recovering from an illness on this day, and would soon get well.To the Romans, it was a day of feasting on a holiday called Saturnalia, for the Roman god of agriculture, knowing that the orchards would be fruitful again.

Each of the these cultures marked the occasion by putting up green palm rushes, evergreen boughs, and fir trees.

But the tree we all know and love, did not come about till later in Germany. Where many devout Christians brought trees into their homes.

Many believe that it was actually Protestant Reformer, Martin Luther, who began the tradition of putting lights on the tree. That one day, when walking home from a sermon, he was awed by the stars in heaven, as they shined through the trees. So- to recreate this- he brought a tree home and placed lights into it to show his family.

The tradition did not stick here in the States for a while however. The idea for it probably came over with the Hessian soldiers during the American Revolution, or when a mass wave of immigrants came over from Germany in the 19th century.

In New England it was banned, deemed too paganistic by the Puritans. It never really became popular until 1846 when Queen Victoria and Prince Albert were illustrated in the news with their children around a Christmas tree.

The Brits- who loved their Queen- immediately began doing the same. Which traveled over here to America, and it picked up popularity from there, and where it would make a permanent tradition. Including here in Tennessee, where Mr. Camp’s Christmas tree farm is.

Here at Lenoir City chemistry teacher, Mr. Camp, has a Christmas tree farm where he grows a variety of trees such as pine, Douglas Fir, and spruce including Norwegian Spruce and White for the upcoming Christmas season.

“At Camp’s Christmas Forest we are in our 25th year. We enjoy doing it because just watching the kids come out and pick their tree with their parents, and to watch it become a family tradition. Some families have been coming to us for over twenty years now,” said Camp.

Today, millions of Christmas trees go up not only here but around the world. But many do not think of the struggle this little tree had to go through to make it have a tradition place in those homes.

Thy history is so enchanting!
Sources for this article include: History.com’s the History of Christmas Trees; Christmas-tree.com’s Christmas Tree Tradition Has Ancient Origins