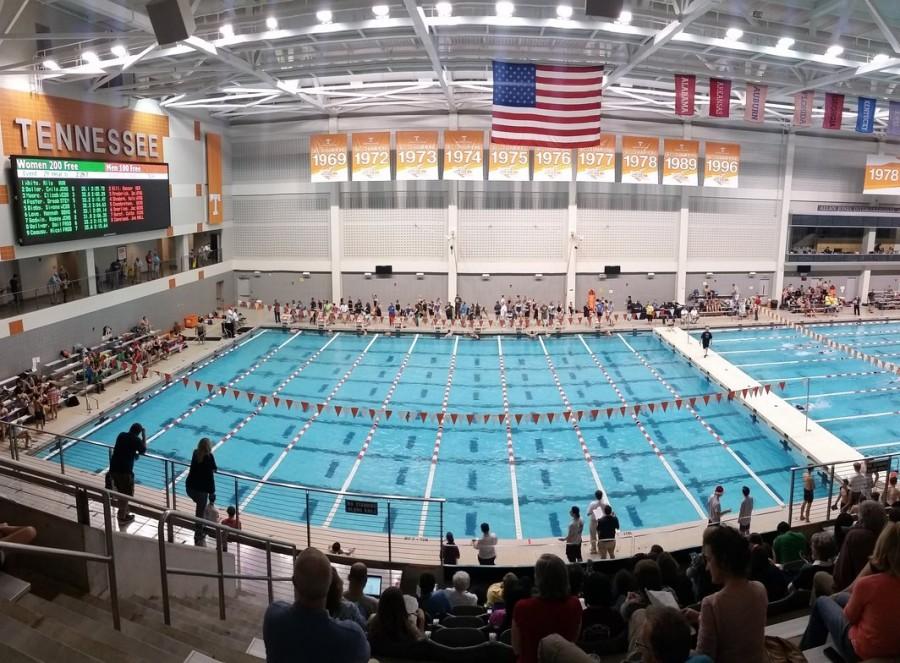 On Saturday, December 12th, 2015, the Lenoir City Swim team had a meet at the Allan Jones Aquatic Center at the University of Tennessee.

This meet is unlike any of the other meets because there were many teams participating, unlike normal meets where there are only two different teams. This meet had every swim team in the league at the meet.

The aquatic center is also much different than the pool the team is used to. There are three different parts- two separate Olympic-sized swimming pools, and a diving well off to the side of the establishment. In one pool, the boys’ meet was held, and in the other the girls’ meet was held.

Many swimmers achieved best times because of the layout of the pool. Some even made state cut times, like Logan Wright (10) and Seth Gates (11).

This year the state meet will be held in Nashville. “It’s an all day event over multiple days,” Gates said, “last year it was, and it was a fun experience.”
This was the first meet that the Lenoir City team has attended at the University of Tennessee. However, there are two more meets left to be held there this season.