Airport Scandal in The Philippines 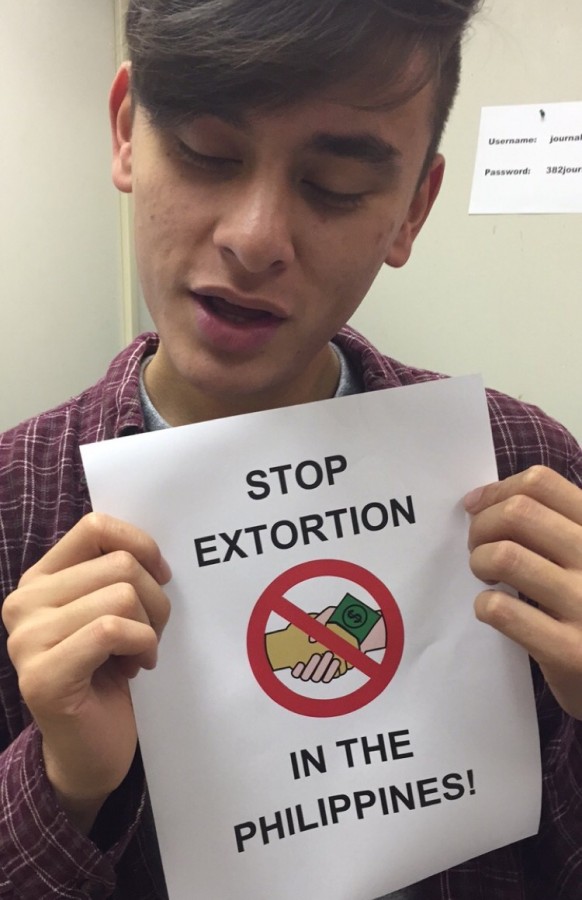 Half Filipino, Jeremy Woody, holding a sign expressing his views on the scandal.

With TSA and jet lag, flying can be extremely stressful.  For foreigners flying into Manila’s Ninoy Aquino International Airport, they can expect an even more hectic time.

The Filipino government has recently revealed that they have started an investigation on a scandal brought to their attention by passengers of flights to the International Airport in Manila.

For some time, the TSA workers of the airport in Manila had been sneaking contraband into foreigners’ luggage in order to arrest them and extort them.

Certain workers put illegal items such as live ammunition, firearms, and other weapons into passengers’ bags before they went through security.

They have mainly targeted caucasian people because they assume that they would pay more or have more money to get out of being arrested.

Luckily one passenger caught a TSA worker placing bullets into a random passenger’s bag, and when they tried to arrest the innocent passenger the other had shown them the video.

Apparently, this had been going on for a while because the locals even have a nickname for it–“tanim bala” or “ammunition plant” in English.

When asked about his first reaction to this scandal, fellow Filipino, Jeremy Woody said, “Personally, I am not surprised because from my perspective the Philippines has always been disorganized, and things like this have been happening for a long time.  Although I am not surprised, I am very disappointed.”

The Filipino government speculated that there had been at least 30 cases from January to November 2015 and at least five cases in just the past two weeks.

Government officials said that they plan terminating any employees associated with the scandal, and they also plan on having many more security cameras installed at the Ninoy Aquino International Airport.